Sandwiched between Euston and St Pancras stations, Somers Town has been transformed several times in its 200-year existence 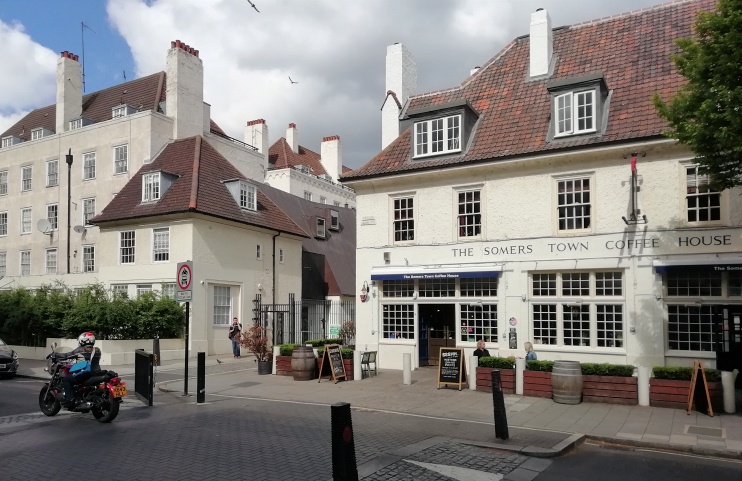 At the end of the 17th century John Somers, Lord Chan­cellor and later Baron Somers of Evesham, acquired the local freehold. The arrival of the New Road (now Euston Road) improved access to the area and in 1793 Frenchman Jacob Leroux leased land from the Somers family for building.

Leroux’s scheme was not as prof­itable as he had hoped because war and recession forced down the value of property, and the neigh­bour­hood soon acquired ‘shabby genteel’ status. Refugees from the French Revo­lu­tion bought some of the houses.

A Catholic chapel was estab­lished in 1798 by Abbé Chantrel and this was replaced in 1808 by a larger building in the Classical style, erected in Phoenix Road for Abbé Carron.

No.29 Johnson Street, now Cranleigh Street, was the home of the young Charles Dickens when it was newly built in 1824. St Mary’s church was also newly built at that time, and the Dickens family attended services here.

In 1830 Somers Town witnessed the first ever Metro­pol­itan Police fatality when PC Joseph Grantham was kicked to death while trying to break up a street fight.

Also in 1830, the Faithful Compan­ions of Jesus founded a school that is now the Maria Fidelis Catholic School. Work on the HS2 rail project recently compelled the school to move to a new site on Drummond Crescent.

The construc­tion of the great railway termini in the mid-19th century brought thousands of labourers, while many residents were displaced by the clearance of four acres for St Pancras station and the subse­quent estab­lish­ment of a goods depot in 1875. Some were resettled in homes built for them by the Midland Railway.

The Roman Catholic church of St Aloysius was built in the mid-1960s on the corner of Phoenix Road and Eversholt Street, together with a neigh­bouring convent for the Faithful Compan­ions of Jesus that replaced the old church.

The goods depot’s site is now occupied by the British Library. The massive red brick building, designed by Colin St John Wilson, opened in 1998 after years of contro­ver­sial delays, replacing the historic reading rooms of the British Museum. Inside it is more inspiring than one might guess from the rather brutal exterior. 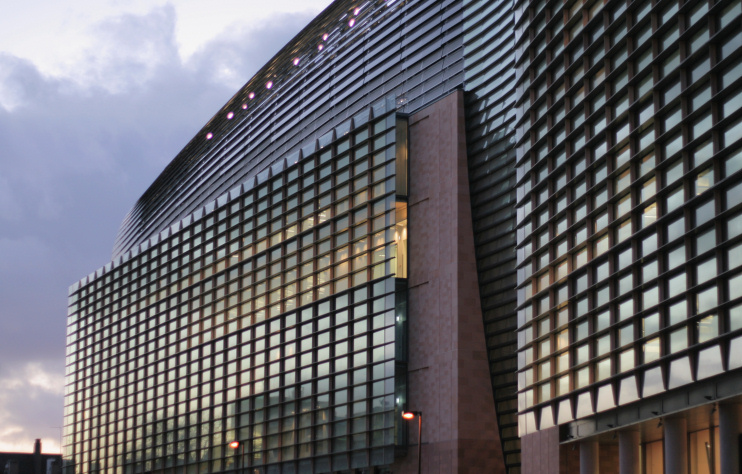 Behind the library, the Francis Crick Insti­tute’s new building was completed in August 2016 and is shown in the photo above. Founded by the Medical Research Council, Cancer Research UK, the Wellcome Trust and UCL, the institute expects the facility to be “a world-class research centre and one of the most signif­i­cant devel­op­ments in UK biomed­ical science for a generation.”

To the north and west of the Crick Institute most of Somers Town’s streets are filled with munic­i­pally built blocks of flats. The resi­den­tial mix is multi-ethnic, with an espe­cially strong Bangladeshi presence – contrary to the mono­chrome impres­sion given in Shane Meadows’s Eurostar-funded film Somers Town (2008).

The stupen­dous scale of rede­vel­op­ment in nearby King’s Cross has brought some job oppor­tu­ni­ties to Somers Town, and the Univer­sity of the Arts has co-operated in projects with local schools.

Opened in May 2022, the People’s Museum Somers Town is a community-led space that aims to celebrate the area’s radical, reforming and rebel­lious histories and to record more recent changes, as well as to preserve local working class heritage. The museum is located at 52 Phoenix Road, within the Ossulston estate. 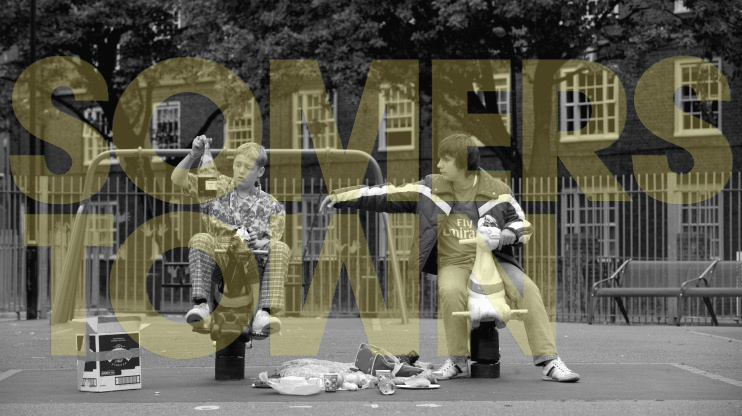