Now the north-central part of Hayes, with plentiful community facilities 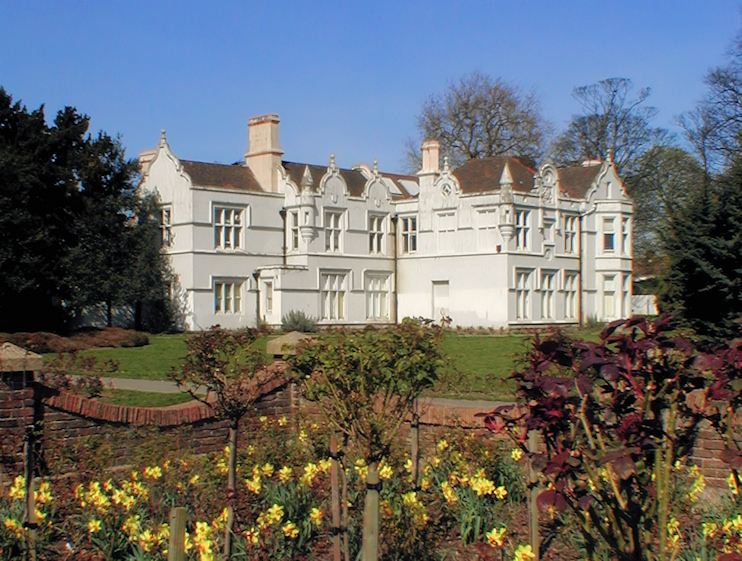 While Wood End’s name is broadly self-explana­tory, John Field suggests in Place Names of Greater London that it may specif­i­cally allude to the “part of the woodland for 400 swine referred to in the Domesday Book descrip­tion of the manor of Hayes.”

Although there is evidence of Anglo-Saxon settle­ment in nearby Hayes, Yeading and Botwell, no mention was made of Wood End until the early 16th century. However, it was probably occupied earlier, as it consisted of 25 dwellings by the 1590s, 16 of them cottages, surrounded by enclosed land. Wood End House was built in 17th century.

By 1754 Wood End, Hayes End and Hayes formed a contin­uous collec­tion of houses, the majority on the south-western side of the main road to Uxbridge. The area was agri­cul­tural and largely remained so until the latter part of the 19th century.

Between 1901 and 1903 the London United Tramways Company extended its line from Southall to Uxbridge along the main road and some building took place in Wood End before the First World War. The northern ends of Tudor Road, Cromwell Road and North Road were developed and some houses were built around Hemmen Lane and Church Road. Most of the resi­den­tial property in the area surrounding Wood End was built between the wars, primarily as a conse­quence of indus­trial devel­op­ment in other parts of Hayes.

Barra Hall, formerly known as Grove Lodge, was purchased by the council in 1923 and after­wards used as the town hall. Wood End House continued to accom­mo­date council depart­ments until its demo­li­tion in 1960. Its site is now occupied by the gardens of the Beck Theatre, which was built in the mid-1970s. Barra Hall was renovated in 2005 and reopened as a chil­dren’s centre the following year. The hall also has meeting rooms available for hire and its grounds are an attrac­tive public park with an open-air theatre.

Wood End Park Academy is a very large primary school located at the south-western edge of the locality, on Judge Hath Lane.