Brick Lane is a market street in Spital­fields, running south from Shored­itch towards Aldgate East and noted for its Bangladeshi community and south Asian cuisine. Its name derives from the making of bricks and tiles in the immediate area since the 16th century; and was first recorded in 1542. Joseph Truman estab­lished a brewery here in the late 17th century and built some houses to its south that also survive. A market began to operate in the 18th century and Brick Lane became a ‘high street’ for London’s Russian and Polish Jews from the late 19th century. In the early 1970s, immi­grants from Bangladesh began to settle here and the first ‘Indian’ restau­rant opened in 1974. Brick Lane now has the largest concen­tra­tion of curry houses on one street in the country and a cultural community centred on the old Truman brewery, which has been converted into studios for artists, musicians and fashion designers. The annual Brick Lane Festival began in 1997 and attracts tens of thousands of visitors with its global mix of food, history and culture.

Brick Lane is also the title of a novel (2003) by Monica Ali, telling the story of Nazneen, a teenage girl who moves from a Bangladeshi village to an East End tower block following her arranged marriage. She finds an escape from her domestic constraints in a rela­tion­ship with a young political activist. The book was filmed in 2007. 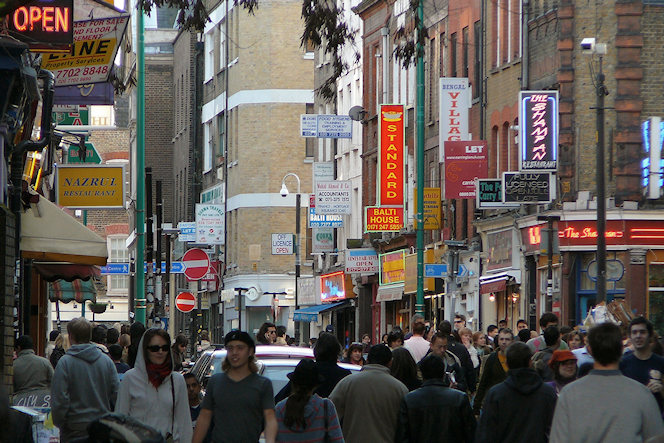