The original Routemaster was the classic, double-decker, London bus with access via an open platform at the rear. It was designed by London Transport and built from 1954 by the Southall-based Asso­ci­ated Equipment Company and its sister business Park Royal Vehicles.

Routemaster produc­tion ceased in 1968, primarily because the bus was unsuit­able for the more cost-effective system of one-person operation.

The musical duo Flanders and Swann famously dubbed the Routemaster the ‘monarch of the road’ in their song ‘Transport of Delight’ (1960):

“When cabbies try to pass us, before they overtakes,
My driver sticks his hand out and jams on all the brakes.
Them jackal taxi drivers can only swear and cuss
Behind that monarch of the road,
Observer of the Highway Code,
That big six-wheeler scarlet-painted London Transport diesel-engined 97-horse­power omnibus.”

For several decades the Routemaster was rivalled only by the black cab as a mobile emblem of the capital and was consid­ered a vital prop in depic­tions of the city on postcards and in films.

In addition to the cost of employing the necessary conductor, the ageing nature of the fleet and concerns regarding the safety of the open platform and its acces­si­bility to disabled users were major factors in its progres­sive removal from service in the late 20th and early 21st centuries.

The Routemaster was offi­cially withdrawn from regular service on 9 December 2005.

Bendy buses contro­ver­sially replaced the Routemaster on three of its former routes but on election to his first term as mayor of London in 2008, Boris Johnson declared his intention to do away with them. He launched a design compe­ti­tion to create a successor to the Routemaster that would be envi­ron­men­tally sensitive and acces­sible to all trav­ellers. Built in Northern Ireland by Wrightbus, the ‘new bus for London’ went into service in February 2012 – beginning with route 38, which runs between Victoria and Hackney. A few months after Sadiq Khan replaced Boris Johnson as London’s mayor he discon­tinued produc­tion of the ‘Boris bus’ because it is too expensive.

Until the covid-19 pandemic struck, five original Routemas­ters continued to ply the number 15 ‘heritage route’ that takes in many of the capital’s best-known tourist desti­na­tions. In April 2021 Transport for London confirmed that the service had been perma­nently withdrawn. 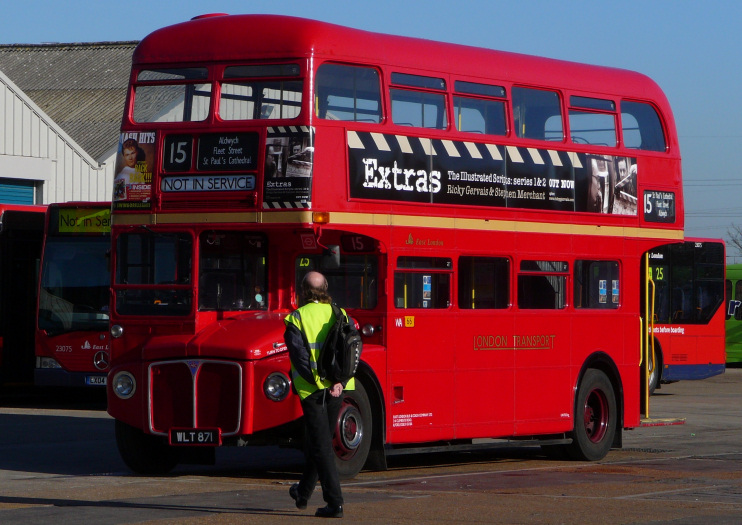