St Mary Axe and the Gherkin

St Mary Axe is a City of London street running from Hounds­ditch in the north to Lead­en­hall Street in the south, named after the former 12th-century church of St Mary Axe, which closed in 1560. The church acquired its name from its claim to possess one of the three axes used by henchmen of Attila the Hun to behead the 11,000 virgins said to have accom­pa­nied St Ursula on a 5th-century mission to convert the heathen.

The Victorian Baltic Exchange building stood on this street but was very badly damaged by an IRA bomb in 1992, and was subse­quently demol­ished. The Baltic Exchange, which orig­i­nated from meetings conducted at the Baltic coffee house by merchants concerned with the Baltic trade, acquired replace­ment premises at 38 St Mary Axe.

In 2003 the site of the old exchange was filled by the building popularly known as the Gherkin, a bulbous office tower offi­cially named simply by its address, 30 St Mary Axe. Designed by Norman Foster, the Gherkin was the first building in the Square Mile to break the 200-metre barrier since Tower 42 (the NatWest Tower).

In its early days it was sometimes known as the Swiss Re Tower after the Swiss Rein­sur­ance Company, which commis­sioned it. After initial scep­ti­cism the Gherkin has become one of the City’s most appre­ci­ated landmarks – helping to set the trend for distinc­tively shaped tall buildings with equally distinc­tive nicknames.

According to an article on Skyscrapernews.com, the Gherkin was valued at approx­i­mately $1 billion when it was put on the market in mid-2014, a sum that would “also be able to buy you 35,100 tonnes of actual gherkins from Waitrose.” 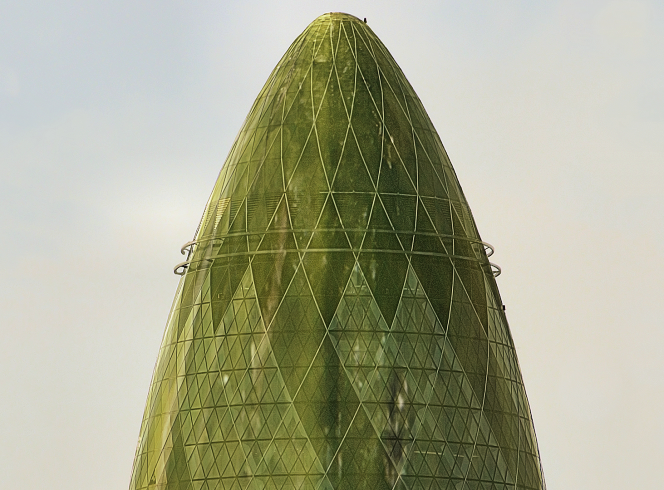