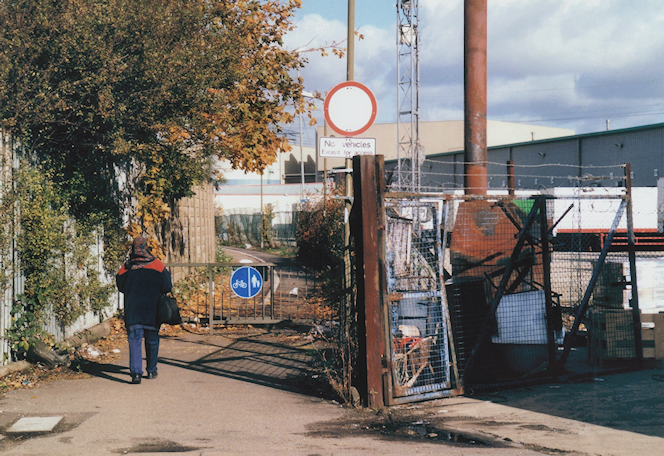 Brimsdown lies east of Enfield and west of King George’s reservoir and consti­tutes a large section of the Lee Valley indus­trial corridor. It was orig­i­nally called Grimsdown (possibly from a resident named Gryme) and nobody is quite sure how the G became a B. Maybe someone just thought the original name sounded a bit … grim.

The station opened in 1884, followed by Brimsdown power station in 1903. The proximity of water, rail and power brought manu­fac­turing to Brimsdown, including Enfield Rolling Mills, which used to receive copper by barge. Mossops Creek, which branches off the Lee Navi­ga­tion, was dug in the 1890s by John Mossop and Company, which extracted gravel and ballast here until 1922.

Brimsdown power station was decom­mis­sioned in 1974 and part of its former site is now occupied by the gas-fired Enfield power station.

There is a resi­den­tial side to Brimsdown – a patch of mixed housing west of the railway line, much of it built by the council.

In 2008 Brimsdown infant and junior schools were amal­ga­mated to form Brimsdown primary school, which is located on Green Street. According to Oftsed’s 2014 report, the majority of pupils are from minority ethnic back­grounds and most of them speak English as an addi­tional language.

David Beckham played football for Brimsdown Rovers’ youth team for two years. The club has since merged with Enfield FC, which now plays its home games at Brimsdown sports ground.

The comedian Russell Kane said in his online autobiography (which has since disappeared from the web): “I was raised, and at the same time paradoxically lowered, on the lovely councilly streets of Brimsdown.”