A station and street in central Tottenham, with Bruce Castle as the principal place of interest nearby 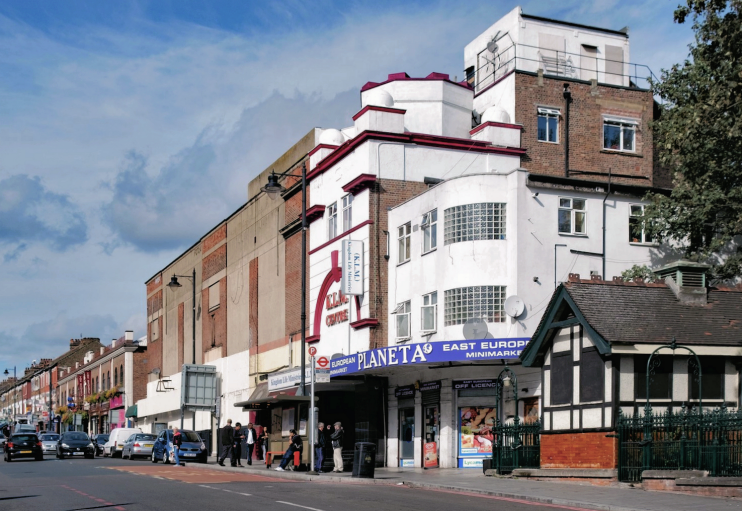 The Bruce family built Tottenham manor house here in the mid-13th century but Edward I sequestered their property after Robert the Bruce rebelled and became king of Scotland in 1306. The house was rebuilt in 1514 on a scale that would befit visits from Henry VIII and Elizabeth I. The house was known as ‘The Lordship’ until the late 17th century, when it was remod­elled and named Bruce Castle.

With the break-up of the manorial estate in 1789 a new road called Bruce Grove was laid out, and semi-detached villas were erected on part of its south-western side. Almshouses were built at the northern end of the road in the early 19th century.

In 1827 the Hill family acquired Bruce Castle and converted it into a school. For its first six years the school’s head­master was Rowland Hill, who later devised the basis of the modern postal service.

The area remained popular with wealthy merchants, espe­cially Quakers, until the arrival of the railway in 1872.

Cheap housing for working-class commuters filled the area over the remainder of the century, with shops and places of enter­tain­ment around the station. After the school’s closure in 1891, the local board bought Bruce Castle and opened the grounds as a public park in the following year.

The house is now a museum of local history, with a special collec­tion devoted to the postal service. A Holocaust memorial garden was unveiled in Bruce Castle Park in July 2013 – and was very badly damaged in stormy weather a few months later.

The Tottenham Carnival used to be held in Bruce Castle Park in late June but persis­tent financial problems seem to have brought the tradition to an end, at least for the fore­see­able future.

Slightly fewer than half the residents of Bruce Grove ward are white and over a third are black or black British. At Bruce Grove Primary School on Sperling Road almost two-thirds of children speak English as an addi­tional language.

Lovely is moonlight to the poet’s eye,
That in a tide of beauty bathes the skies,
Filling the balmy air with purity,
Silent and lone, and on the greensward dies —
But when on ye her heavenly slumber lies,
Towers of Brus! ’tis more than lovely then.—
For such sublime associations rise,
That to young fancy’s visionary ken,
’Tis like a maniac’s dream — fitful and still again.

* The picture of the Bruce Grove at the top of this article is adapted from an original photograph, copyright Julian Osley, at Geograph Britain and Ireland, made available under the Attribution-ShareAlike 2.0 Generic Licence. Any subsequent reuse is hereby freely permitted under the terms of that licence.