The northernmost part of the built-up spread of Enfield, situated immediately south of the M25, which separates it from Hertfordshire 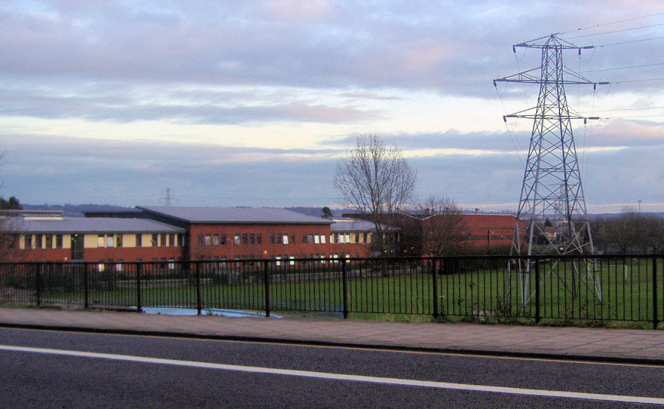 Bullsmoor sounds like a close relation of nearby Bulls Cross but it gained its name from local family called Bell – the modern spelling is a corrup­tion influ­enced by its neighbour. Belsmoor Lane was first recorded in 1572.

Bullsmoor Place was the home of Colonel Thomas Boddam in 1800.

The Great Eastern Railway built its line to Cheshunt across the moor in 1891. By 1914 housing was spreading into Bullsmoor from Hertford Lane and the subse­quent construc­tion of the Great Cambridge Road (A10) created a pincer movement of development.

After the Second World War Enfield council built houses on former market gardens between Turkey Street and Bullsmoor Lane, with a library and community centre. Land east of the railway was preserved as Aylands open space – a name preferred to its former identity of Dung Field.

Bullsmoor compre­hen­sive school opened in 1977. Now renamed Lea Valley high school and desig­nated a specialist sports college, the school has a growing roll and was almost totally rebuilt in 2005. Some of the school’s buildings are visible in the photo­graph above.* Over 60 per cent of the students come from minority ethnic back­grounds and half are eligible for free school meals, which is around four times the national average.

Across the rail tracks, on the Elsinge estate Honilands primary school serves a narrower catchment area than Lea Valley and has a higher percentage of white British students, with a similar propor­tion eligible for free school meals.

In October 2012 The Sun reported that Lea Valley high school had banned parents from watching their kids play sport because of “child protection” rules.

* The photo of Lea Valley high school on this page is adapted from an original photograph, copyright David Howard, at Geograph Britain and Ireland, made available under the Attribution-ShareAlike 2.0 Generic Licence. Any subsequent reuse is hereby freely permitted under the terms of that licence.