The road from Bulls Cross to Enfield Wash, which has given its name to a station, an electoral ward and a small conservation area 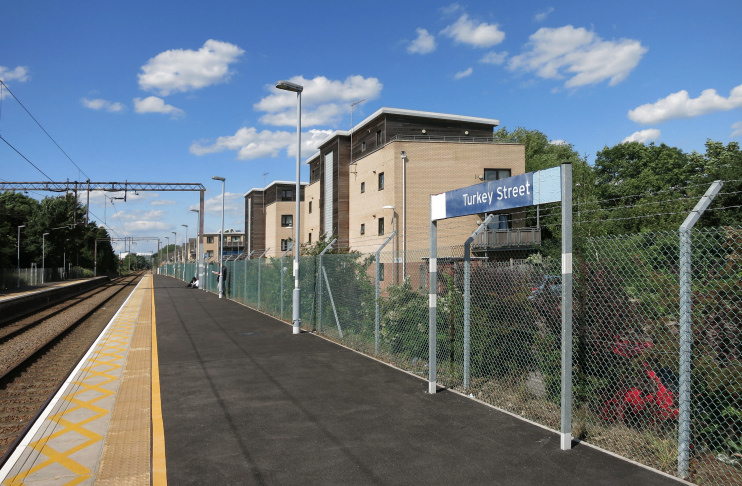 It seems likely that the street took its name from a resident named something like Tokey or Tuckey, and that the 19th-century corrup­tion to ‘Turkey’ was the result of what linguists call ‘folk etymology’ – which basically means changing an unfa­miliar word to a similar-sounding familiar one. The street’s existence was first recorded in the first half of the 15th century and it was the location of a hamlet of ten houses in 1572.

The water­course that inter­twines with the eastern section of the street was earlier called the Maiden’s Brook but is now usually called Turkey Brook. By the mid-18th century the first incar­na­tion of the Plough Inn was in existence, as was a bridge across the brook, which used to be navigable to this point. Further west, another bridge carried the street across the New River.

Enfield’s first almshouses were built in Turkey Street by Ann Crowe. In her will of 1763 she left money to repair them and to buy coal for the residents. The original almshouses were replaced by the present group in the early 1890s.

A station (orig­i­nally called Fortyhill) opened in 1891 but disap­pointing resi­den­tial growth and a poor service that involved changing trains at White Hart Lane made the line unprof­itable. Passenger services were withdrawn after electric trams began to run along Hertford Road in 1909. With the intro­duc­tion of an elec­tri­fied service to Liverpool Street in 1960, the station was reopened.

After the Second World War the council built large estates to the north, followed later by a small scheme on Auckland and Dendridge Closes (as shown in the photo below), but a few early-19th-century houses and cottages have survived on Turkey Street itself. 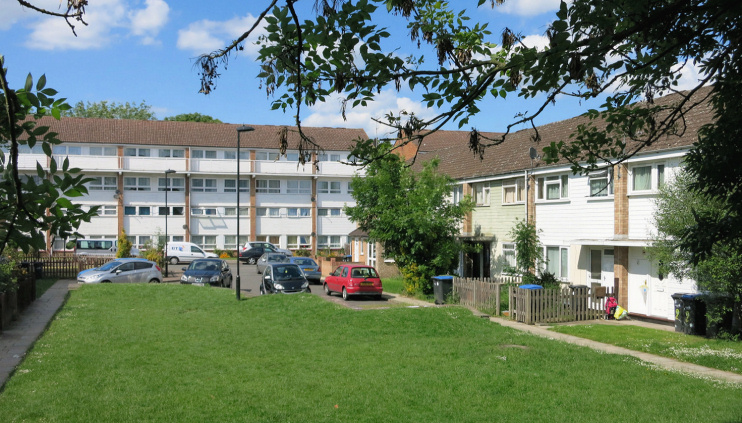 In the Turkey Street conser­va­tion area, south-east of the station, only a handful of houses are of any archi­tec­tural or historic interest and most of these underwent “major and unflat­tering cosmetic surgery in the late 20th century,” as the council-commis­sioned character appraisal puts it. Never­the­less, “the area has a well-defined character estab­lished by its focus on a stretch of Turkey Brook between the two footbridges.”

The area’s most signif­i­cant house­building in recent years has taken place alongside the railway line on Teal Close (visible in the photo­graph at the top of the page), a cul-de-sac that in 2008 was said to be the cheapest street in north London.

The Turkey Street ward occupies a long strip between the Great Cambridge Road and Hertford Road. A rela­tively high propor­tion of homes here are rented from the council. At the 2011 census, 44 per cent of residents were white British, 12 per cent were of black African heritage and 9 per cent came from … Turkey.

* The pictures of Turkey Street station and flats and houses on Auckland Close on this page are both adapted from original photographs, copyright Des Blenkinsopp, at Geograph Britain and Ireland, made available under the Attribution-ShareAlike 2.0 Generic Licence. Any subsequent reuse is freely permitted under the terms of that licence.