A pleasant residential locality on the north side of Enfield, taking its name from an Old English word meaning a patch of higher ground in a marsh 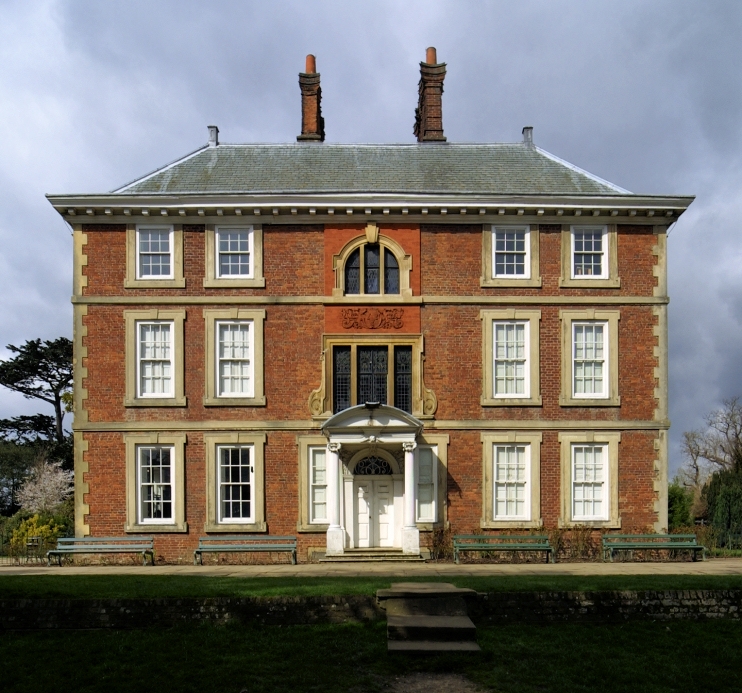 John Tiptoft, Earl of Worcester, is said to have built Elsing (or Elsynge) Hall here in the 1460s. Sir Thomas Lovell, Speaker of the House of Commons and Chan­cellor of the Exchequer from 1485, lived here from 1492 and hosted frequent royal visits.

Sir Walter Raleigh is supposed to have laid his cloak across a puddle at Elsing so that Elizabeth I might cross without getting her feet wet, but other local­i­ties also lay claim to this legend. The house was demol­ished around 1660 and its site was lost until exca­va­tions 300 years later.

Shown in the photo­graph above, Forty Hall was built to the south-west of Elsing for Nicholas Rainton in 1629–32 and heavily modified around 1708. Other wealthy gentlemen added villas nearby in the 18th and early 19th centuries and several have survived, as have a few older cottages.

Shown in the photo below,* Jesus Church was built in the north of the locality in 1835. According to the wishes of the patron, CP Meyer of Forty Hall, the church was designed in imitation of the recently conse­crated church of Holy Trinity, Tottenham.

East of the church, Forty Hill primary school began its existence in 1851 as Jesus Chapel national school, Bulls Cross. The one-room school was built on a site donated by Trinity College, Cambridge, and has since been extended about eight times.

The Bridgen Hall estate, which lay between Carter­hatch Lane and Goat Lane, was sold for building in 1868. Streets were laid out but parts were later used for gravel digging and it was many decades before the estate was completed.

Forty Hill station opened in 1891 but disap­pointing resi­den­tial growth and a poor service that involved changing trains at White Hart Lane made the line unprof­itable and passenger services were withdrawn after electric trams began to run along Hertford Road in 1909.

The intro­duc­tion of better bus services after the First World War and the construc­tion of the Great Cambridge Road in 1924 stim­u­lated house­building on the eastern side of the locality. The built-up part of Forty Hill had mostly assumed its present form by 1939 and further devel­op­ment was prohib­ited by green-belt legis­la­tion after the war was over.

The municipal borough of Enfield acquired the Forty Hall estate in 1951. Forty Hill station was renamed Turkey Street when it reopened following the elec­tri­fi­ca­tion of the line in 1960.

Jesus Church opened an annexe called the Charis Centre in 2010. The hall is available for use within both the church family and the wider local community.

With the assis­tance of the Heritage Lottery Fund, the grade I‑listed Forty Hall recently underwent major refur­bish­ment and reopened to the public in June 2012. Enfield council deserves credit for its efforts to make the most of this formerly underused asset, which is open most days of the year. The house has meeting rooms and an adjacent banqueting suite that are available to hire.

Tate Britain has John Hill’s Interior of the Carpenter’s Shop at Forty Hill. Executed around 1813, the painting is a rare representation of craftsmen at work for British art of this period and the scene may include Hill’s own father.

The picture of Jesus Church, Forty Hill, on this page is resized from an original image by that diligent photographer of ecclesiastical structures John Salmon, at Geograph Britain and Ireland, made available under the Attribution-ShareAlike 2.0 Generic Licence. Any subsequent reuse is freely permitted under the terms of that licence.