A thoroughfare winding between the High Roads of Tottenham and Wood Green, best known as the (nearby) home of Tottenham Hotspur, the Premier League football club 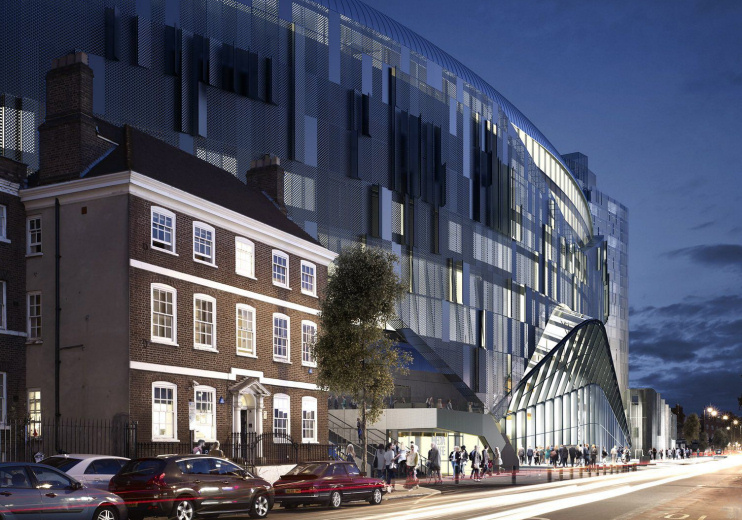 The road was in existence by 1619, when its western part was called Apeland Street. The White Hart inn stood on the east side of the High Road and was used for court sessions in the 1650s. Some very grand country retreats were built along the lane in the 17th and 18th centuries but settle­ment remained sparse until around 1810, when suburban villas gradually began to spread westward from Tottenham High Road.

White Hart Lane station opened on the Great Eastern Railway in 1872 and its vicinity soon took on a more urban character. The London County Council subse­quently bought land between White Hart Lane and Lordship Lane for one of its first ‘out-of-town cottage estates’ – for more on this, see the page on Tower Gardens.

In the 1890s the White Hart’s landlord set up a nursery on the fertile soil behind the inn, but within a few years the newly profes­sional Tottenham Hotspur football club sought to move the short distance here from its previous home. Orig­i­nally Hotspur FC, and formed from an older cricket club in 1882, the club became Tottenham Hotspur two years later. Most of the founders were old boys of St John’s Pres­by­terian school and Tottenham grammar school.

In the days before the stadium became all seated (in 1994) the ground witnessed some huge atten­dances – most notably in the 1948–9 season, when the record gate of 75,038 was achieved for a match against Sunder­land. The old ground’s capacity in its latter days was 36,284.

The club is now close to completing a new stadium in a scheme that’s codenamed the Northum­ber­land Devel­op­ment Project because the site borders the avenue called Northum­ber­land Park, which in turn is so called from the former ownership of the land there­abouts by the dukes of Northum­ber­land. The (delib­er­ately) cumber­some and forget­table project name will later be dropped when a corporate sponsor comes up with an accept­able offer for the new stadium’s naming rights.

The original plans were revised in 2015, increasing the stadium’s proposed capacity to 61,000 and recon­fig­uring the seating bowl “to enhance the fan expe­ri­ence”. The capacity was ulti­mately increased again – to 62,062, which is more than any other club stadium in London, although West Ham United’s London Stadium could hold more if permitted. The pièce de résis­tance is the 17,500-seat south stand – the largest single-tier stand in the UK.

Other aspects of the stadium and its surround­ings include: 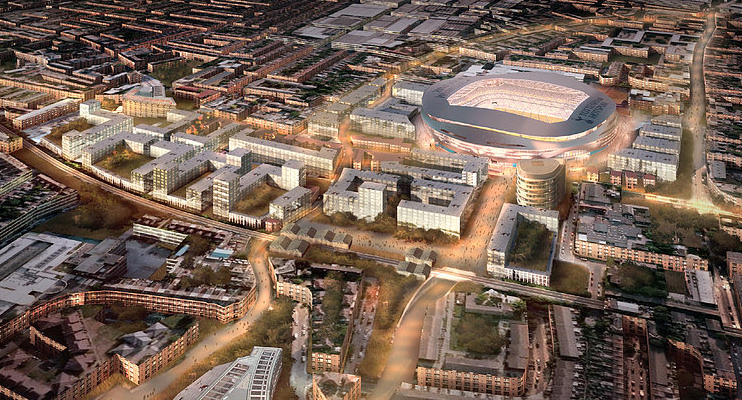 In addition, the 27-acre High Road West scheme will bring another 2,500 new homes to the zone either side of the eastern end of White Hart Lane, plus a library and a small park. However, a number of existing prop­er­ties will be demol­ished, including homes on the Love Lane estate. An early CGI of the High Road West master­plan is shown above – but the final scheme is likely to rise higher.