A multicultural, deprived satellite of Tottenham, situated in the north-east corner of the borough 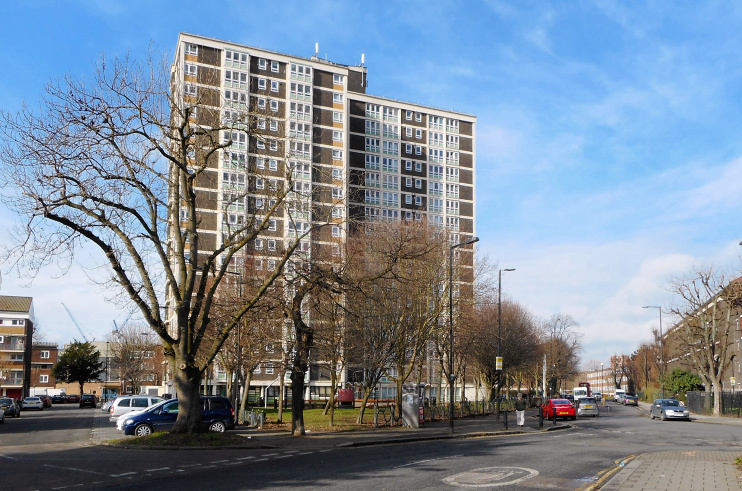 A curving avenue was laid out in the late 1850s between Tottenham High Road and the station, on land behind the site of the Black House, a medieval mansion that had been owned by the dukes of Northum­ber­land. The avenue was accord­ingly named Northum­ber­land Park and was built up with villas for the upper middle classes.

In an early municipal utilities scheme, the Tottenham board of health sank a 450-foot well near the station at the beginning of the 1890s. Shown in the photo­graph below,* the disused pump house survives to the present day as a locally listed building. It recently served as Mount Zion Restora­tion Ministries’ London Miracle Centre until its mirac­u­lous sale in 2015 for around £3.75 million (with outbuild­ings and almost an acre of land). 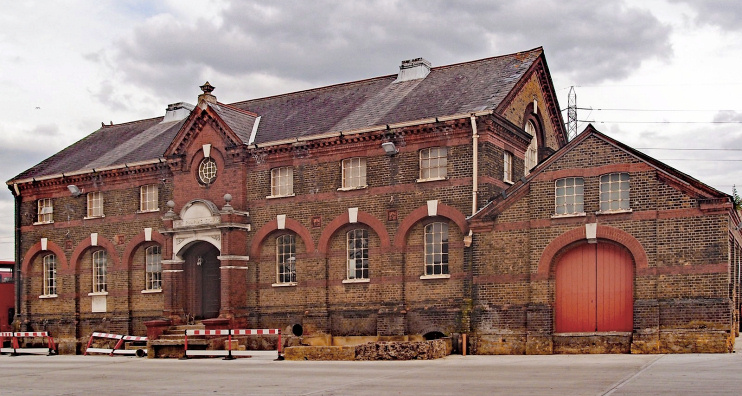 Tottenham Hotspur FC played at Asplins Farm, beside the railway line in Northum­ber­land Park, before moving a short distance to the club’s present home at White Hart Lane in 1899.

From the start of the 20th century factories were estab­lished in place of the surviving nursery gardens north of the station and the area remained an important indus­trial zone until after the Second World War. Over a 15-year period from the late 1950s a medieval farmhouse, disused indus­trial sites and most of Northum­ber­land Park’s villas were replaced by Tottenham council’s expansive Northum­ber­land estate of slab blocks and dull terraces.

On the opening of the Victoria line in 1968 an extensive depot was built beside the main-line railway tracks, but plans to run a Victoria line shuttle service to the station were later shelved.

Employ­ment levels in the locality are low and most residents rent their homes from the council or a housing asso­ci­a­tion. The community’s largest ethnic group is of black African birth or descent, followed by white British, black Caribbean, Turkish, mixed ethnicity, Polish and Kurdish, in that order. Northum­ber­land Park has been the bene­fi­ciary of numerous co-ordinated projects aimed at improving residents’ health and welfare, including more than 30 employ­ment and training projects.

According to BBC research, Northum­ber­land Park’s 85 per cent ‘Remain’ vote was the highest in London in the 2016 EU refer­endum, and the third highest in England (of wards with available data).

The secularist politician Charles Bradlaugh lived in Northumberland Park in the 1860s.

Walter Tull, the footballer who became the first black officer in the British Army during the First World War, lived at 77 Northumberland Park while he was playing for Tottenham Hotspur. A commemorative plaque was unveiled at the site of his former home in 2014.

* The picture of Kenneth Robbins House at the top of this page is adapted from an original photograph, copyright Des Blenkinsopp, and picture of Park (formerly Longwater) pumping station, Marsh Lane, is adapted from an original photograph, copyright Julian Osley, both at Geograph Britain and Ireland, made available under the Attribution-ShareAlike 2.0 Generic Licence. Any subsequent reuse is freely permitted under the terms of that licence.