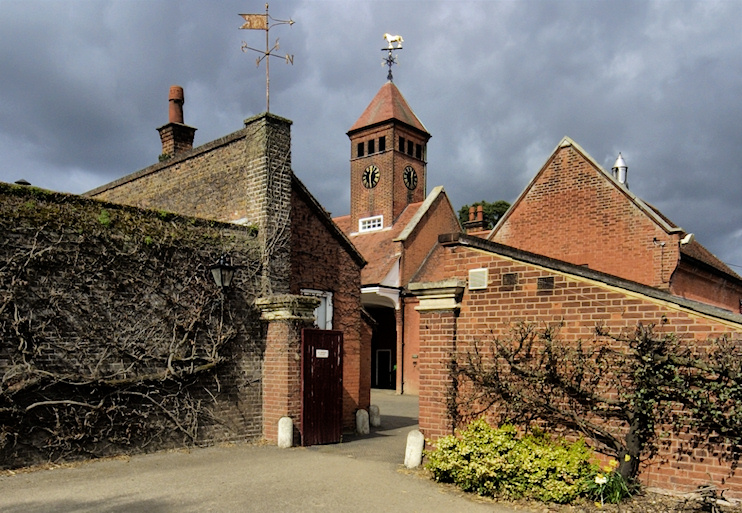 Bulls Cross is a sparsely populated locality at the northern edge of the London Borough of Enfield – spilling over the border into Hert­ford­shire on the other side of the M25. Its name may originate from a family living in the area from the 13th century.

Capel Manor occupies the site of an ancient manor estab­lished in the late 13th century, and takes its name from the Capel family (later lords of Essex), who lived here in the 15th and 16th centuries. The present manor house was built in the 1750s.

London’s only specialist school of horti­cul­ture and coun­try­side studies, Capel Manor College was founded in 1968 in a (very successful) attempt to bring life back into the derelict buildings and restore the gardens, which now have 30 richly planted acres with more than 60 themed gardens and land­scapes open to the public, with the accent on the educa­tional and the infor­ma­tive. The Victorian stables (shown in the photo­graph above) are also open to the public.

Myddelton House was built in the 1810s by Henry Carington Bowles and in 1865 it was the birth­place of Edward Augustus Bowles, who went on to become one of the leading plantsmen of the early 20th century. Among other works, he published books on growing croci and narcissi. The gardens that Bowles created fell into decay and have recently been restored following a two-year lottery-funded project. They are open to the public daily. The house itself is used by the Lee Valley regional park authority.

Completed in 2012, Tottenham Hotspur’s training centre at Bulls Cross is a state-of-the-art complex with facil­i­ties for the first team squad and youth academy. Shown in the CGI below, the centre covers 77 acres of land south of Whitewebbs Lane. There’s a two-storey main building, an arti­fi­cial pitch under cover and 15 grass pitches outdoors. 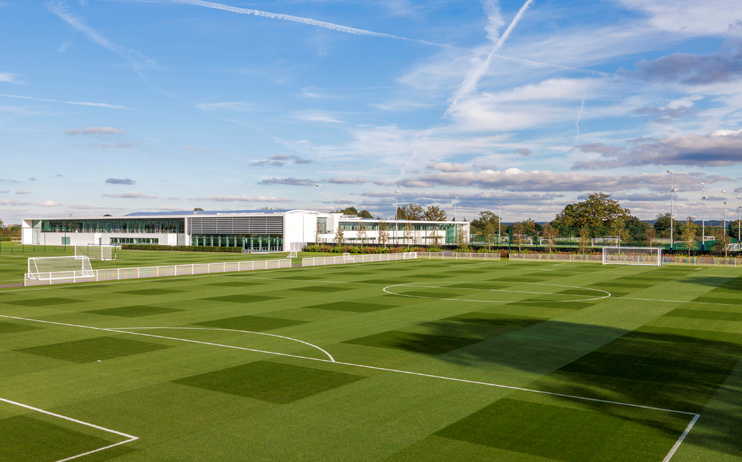 Because the centre was built on a green-belt site, the club committed itself to numerous ecolog­ical enhance­ments, including planting 150 trees and thousands of new plants, hedges and flowers, as well as creating a wetland habitat zone.

West of the training centre a former pumping station is home to the Whitewebbs museum of transport – but it’s only open five or six days a month. Beyond Whitewebbs lies the garden centre kingdom of Crews Hill. To the south, Forty Hall is open most days and its gardens and parkland are open every day.