Enfield’s ‘Jewel in the Crown’

Born in Lincolnshire in 1569, Nicholas Rainton (or Raynton) was a London haber­dasher who made a fortune importing sumptuous materials from Italy: taffeta from Florence, sarsnets from Lucca, satins from Bologna and velvets and damasks from Genoa.

Rainton served as master of his livery company, as an alderman and sheriff, and rounded off his illus­trious career with his election as lord mayor of London in 1632, the same year in which the builders completed work on his house at Enfield.

The architect has not been iden­ti­fied. Contrary to claims in some old books, it was almost certainly not Inigo Jones, though it may have been have been a pupil of his. Forty Hall was Nicholas Rainton’s country residence: he had another home in the City, with his shop on one side and warehouse on the other.

He was knighted in 1633 – though he was no admirer of Charles I. Sir Nicholas had strong Puritan sympa­thies and was briefly impris­oned in the Tower of London in May 1640 (along with several other aldermen) for refusing to list the inhab­i­tants of his ward who were able to contribute £50 or more to a loan for the king.

Sir Nicholas died at Forty Hall at 1646. He is buried with his wife Rebecca in the family tomb at St Andrew’s church in Enfield Town. He bequeathed Forty Hall to another Nicholas Rainton, who seems to have been his great-nephew. This Nicholas had a daughter named Mary, who married 25-year old Sir John Wolsten­home in 1675, when she was 15. The Wolsten­home family exten­sively modernised the hall in several phases over the course of the 18th century and more changes were made at the end of the 19th century, after the estate was bought for Henry Ferryman Bowles by his father, Henry Carington Bowles, who lived at neigh­bouring Myddelton House.

Forty Hall remained in the Bowles family until 1951, when it was acquired by Enfield council. Though the grounds have long been popular with locals, the hall itself was underused until very recently, when heritage lottery funding permitted the restora­tion of the building, which is now open to the public every day except Mondays.

Here and there, a few details have been left just as they were before the reno­va­tion, like the strip of old wallpaper shown on the right – now protected by a perspex sheet.

Presum­ably, if the cash had been available, the restored house would have been lavishly furnished and filled with works of art. Instead, most of the rooms are somewhat bare – but there’s still plenty for adults to see and kids to do. There are costumes to put on, books to look at – and the dining room echoes to the sound of guests praising Sir Nicholas’s hospi­tality and wondering whether these new-fangled forks will ever catch on.

There’s almost always a special event or exhi­bi­tion in progress or coming soon, including art shows and craft markets in the Long Gallery and candlelit tours in midwinter, when you will “encounter the Raintons and their servants as they prepare for Christmas.” There’s a café and shop, and an organic farm on the estate, run by nearby Capel Manor College, with a variety of animals – including many rare breeds – an orchard and a vineyard.

The hall is also available to hire for all the usual reasons – weddings, parties, meetings and as a filming location.

Forty Hall’s trans­for­ma­tion was followed by the improve­ment of its grounds – also with the help of lottery funding – restoring focal features to roughly the way they looked in the 18th century. 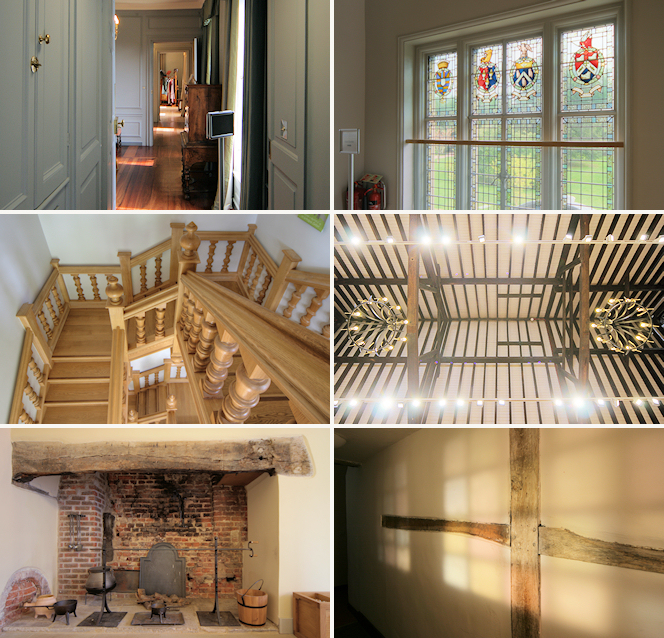