A thriving but threatened street market, located off the southern end of Liverpool Road, near the Angel, Islington 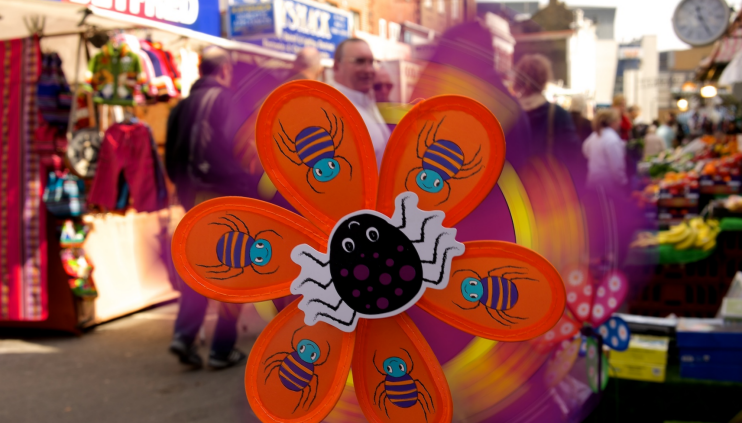 At the close of the 18th century town­houses with rear gardens were built along what was then Chapel Street, when it formed the eastern boundary of the new suburb of Pentonville. A fire engine house was erected in 1792 and height­ened in 1822; it survives today but in poor condition.

The essayist Charles Lamb lived at two addresses in Chapel Street in the late 1790s.

To the annoyance of the well-heeled residents, coster­mon­gers began to sell their wares along the street during the 19th century and by the 1860s a fully-fledged and rela­tively reputable market was in operation. Official desig­na­tion as a street market came in 1879.

Three years later John James Sainsbury opened his first Islington store at 48 Chapel Street, managed for a while by his eldest son, John Benjamin. The venture was so successful that the Sains­burys opened three more shops in the street, including their first branch special­ising in poultry and game.

By the 1890s Chapel Street had one of the two largest markets in the Clerken­well and Islington areas, divided roughly equally between food and non-food stalls. Furniture, earth­en­ware, second-hand clothing and drapery were among the most popular merchan­dise. The council renamed the street Chapel Market in 1936.

A few main­stream retailers and fast food outlets now occupy premises towards the eastern end of the street but for the most part this remains a tradi­tional and unpre­ten­tious market, selling mainly household goods and food. It is open every day except Monday. Despite its contin­uing popu­larity, Chapel Market is vulner­able to a future change of use owing to the high value of land in Islington.

Madame Vasso, former medium to Sarah Ferguson, Duchess of York, gave tarot readings at a sanctum in Chapel Market in the mid-1980s.

*The colour and black and white pictures of Chapel Market on this page are reformatted from original photographs at Flickr, both copyright Paul Hudson, made available under the Attribution 2.0 Generic licence. Any subsequent reuse is hereby freely permitted under the terms of that licence.