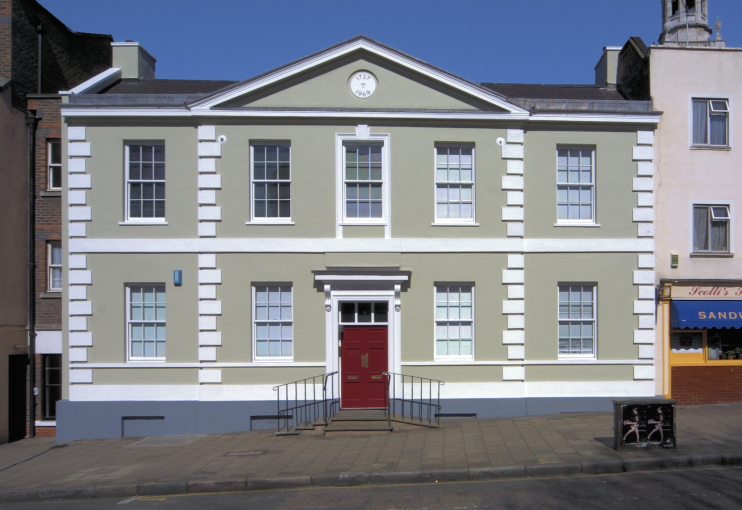 Around 1140 Jordan de Briset and his wife founded the hospital and priory of St John of Jerusalem and the nunnery of St Mary. The sisters of the convent drew their water from a well that became known as the clerks’ well because City students performed an annual miracle play close by.

In 1370 Sir Walter de Manny estab­lished the Carthu­sian priory of Char­ter­house, which was rebuilt as a rambling mansion after Henry VIII’s disso­lu­tion of the monas­teries. It subse­quently became Char­ter­house school and is now London’s most picturesque retire­ment home. The nunnery’s buildings were also demol­ished after the Disso­lu­tion but the clerks’ well can still be seen through the window of an office block on Farringdon Lane. Parts of St John’s priory have survived and a revived ‘venerable order’ (which has meta­mor­phosed into the health care organ­i­sa­tion St John Ambulance) later returned to St John’s Gate, where they maintain their head­quar­ters and a museum.

Richard Sadler estab­lished a music hall and spa in north Clerken­well in 1683. Sadler’s Wells has since evolved via a series of rebuild­ings into ‘London’s dance house’.

From medieval times Clerken­well attracted edge-of-City trades like jewellery, lock-making, printing, book­binding, and the making and repair of clocks and watches – and there are still prac­ti­tioners of several of these crafts today. When many of the larger firms closed or moved out to suburban indus­trial estates, they left behind factories and ware­houses that have now been converted for ‘loft style living’.

Shown in the photo below (2006), St James’s church was built in 1788–92 by James Carr, a local architect and builder, on the site of the choir of the medieval nunnery. The church is now Inspire Saint James Clerken­well, “a united and diverse gospel community that seeks to inspire London with the good news of Jesus Christ.” 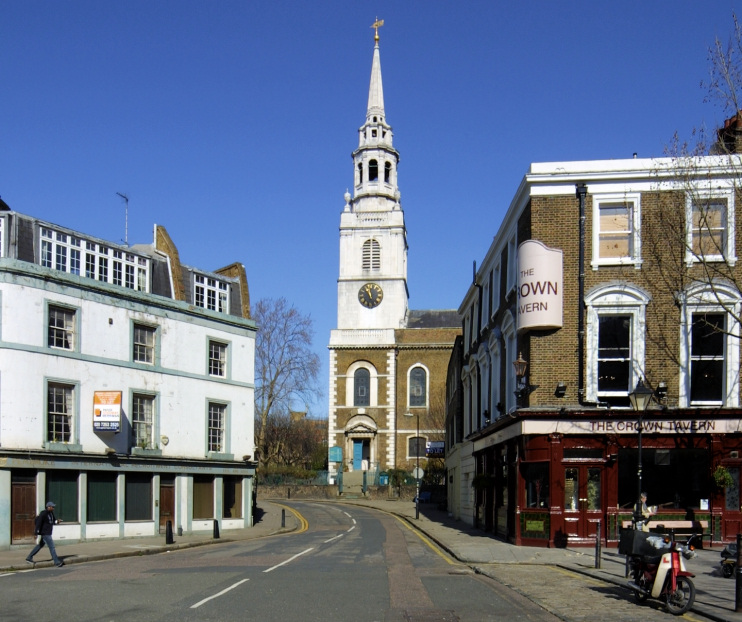 Clerken­well also had a murky side, and the House of Detention, formerly an under­ground prison, and the Old Sessions House, once the busiest court in England, survive from its period as a den of thieves and receivers, pick­pockets and coiners. In the 19th century the district was said to have the highest murder rate in London.

Most of Clerkenwell’s housing still consists of Georgian terraces and municipal and phil­an­thropic tenement blocks from the first half of the 20th-century, but apartment complexes like Brewhouse Yard are filling the few available spaces.

Numerous gastropubs and bohemian brasseries cater to Clerkenwell’s new community of media-oriented young profes­sionals. The locality’s popu­larity has increased further with the arrival of the Elizabeth line (Crossrail) at Farringdon station.

George Gissing depicted the underbelly of Clerkenwell in his 1889 novel The Nether World.

Vladimir Lenin produced 17 issues of the Russian revolutionary newsletter Iskra in 1902–3 at what is now the Marx Memorial Library. The library building is shown in the photograph at the top of this article.

Arnold Bennett set his 1923 tale Riceyman Steps in Clerkenwell, although the Potteries-born author did not know the area well and had to draw on William Pinks’ study of the district (now republished, see below).