A very indistinct area situated north of the City of London 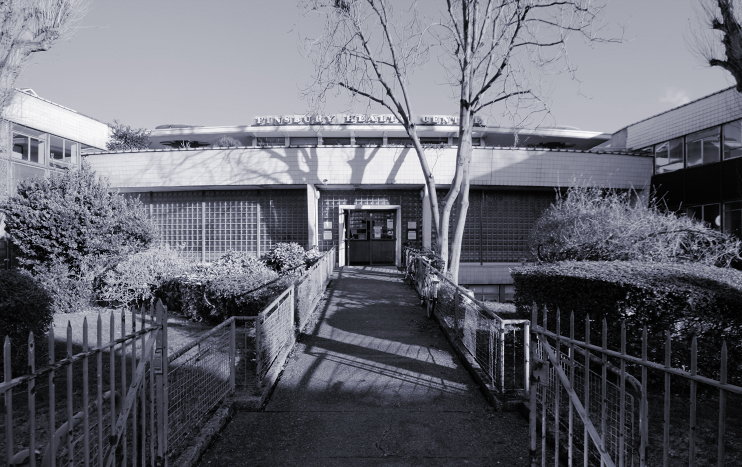 First recorded in the 13th century, the manor of Finsbury covered a swathe of the boggy moor that lay beyond the City wall. By the 15th century a manor house stood at what is now the corner of Finsbury Pavement and Chiswell Street. Dwellings and places of enter­tain­ment were built as the marshes were drained. James Burbage’s Curtain theatre in Shored­itch was described as being “in Finsbury Fields.”

Located near the south-east corner of the map below, Finsbury Square and Finsbury Circus were laid out in the late 18th and early 19th centuries as the nuclei of a high-class suburb that never achieved its full potential and was subse­quently converted to commer­cial use.

Finsbury was a parlia­men­tary constituency in the 19th century and in 1901 the metro­pol­itan borough of Finsbury was formed from the southern Clerken­well parishes of St James and St John. Many of the borough’s civic and public buildings lay in the vicinity of Rosebery Avenue, and Finsbury’s name thus came to be primarily asso­ci­ated with this neigh­bour­hood. The borough took over Clerkenwell’s stately Flemish Renais­sance vestry hall as its headquarters.

The council developed a ‘Finsbury plan’ to improve living condi­tions in this over­crowded area and its most notable success was Berthold Lubetkin’s Finsbury health centre of 1938.

Shown in the photo­graph at the top of this article, the health centre has been grade I listed for its signif­i­cance to the modernist archi­tec­tural movement but it is now in need of compre­hen­sive restora­tion, inside and out. Heritage lottery funding might be readily available for this work if the building served some other public purpose but as a medical practice it appears not to be eligible.

The borough of Finsbury was merged into Islington in 1965 and its identity has begun to fade from recog­ni­tion. Clerken­well estate agents still refer to prop­er­ties in the Rosebery Avenue area as being “in the heart of Finsbury” – but most outsiders now associate the name with the park that was created for the constituency’s residents three miles to the north.

After a long period of dere­lic­tion Finsbury town hall was restored as a dance centre for the Urdang Academy in 2007.

The Finsbury constituency, once one of the largest in Britain, was traditionally a focus for political progressiveness. Charles Babbage, who invented the forerunner of the computer, addressed the political implications of mechanisation in his Finsbury election campaign of 1832, while Thomas Wakley led demands for the extension of the franchise, the repeal of the Corn Laws and the abolition of slavery.

In 1892 Dadabhai Naoroji became Britain’s first Asian MP as the Liberal member for Finsbury. Naoroji has been called ‘grand old man of India’ because of his later work as president of the Indian National Congress in its formative years.

Vladimir Lenin lived in Finsbury during his exile from Russia in the early years of the 20th century.