A densely built-up street and locality in north-west Clerkenwell 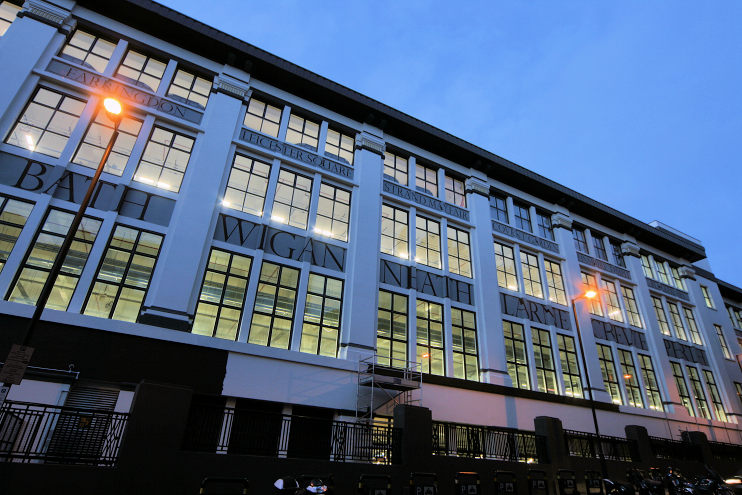 This locality used to be known as Coldbath (or Cold Bath) Fields, from the cold baths estab­lished here in 1697 for the cure of rheuma­tism, convul­sions and other nervous disorders. The street (orig­i­nally a country track running down to the Fleet River) called Mount Pleasant gained its name in the 1730s after locals had begun to dump cinders and other refuse here. Wherever a place is called ‘Mount Pleasant’, the name usually has ironic origins.

Coldbath Fields were renowned for the prison that was opened here in 1794. With accom­mo­da­tion for 1,800 inmates, the Middlesex House of Correc­tion was the largest British jail of its time. The essayist Leigh Hunt and his brother John were detained here in 1812, awaiting trial for libelling the Prince Regent.

The neigh­bouring fields were the site of a protest meeting in 1833 at which a policeman was stabbed to death – yet the inquest jury returned a verdict of justi­fi­able homicide.

The prison closed in 1877 and ten years later the Post Office adapted its former treadmill houses for use as a parcel depot, subse­quently extending oper­a­tions here to create the largest sorting office in Europe. The mail centre (as it is now called) was rebuilt in 1934 and extended in 1996. At least part of the site is likely to succumb to rede­vel­op­ment of the kind seen at most such ‘brown­field sites’ in London nowadays.

An under­ground rail service used to carry letters and parcels from Mount Pleasant mail centre to district offices to its west and east. The line extended 6½ miles (10.5 km) from Paddington to Whitechapel, orig­i­nally with six (later seven) inter­me­diate stops. Owing to increased running costs and the progres­sive relo­ca­tion of most of the sorting offices along its route, the service was shut down in 2003 and a fleet of vans and lorries nowadays distrib­utes the mail instead.

The Postal Museum exists “to reveal the fasci­nating story of Britain’s postal heritage in an engaging, inter­ac­tive, educa­tional and fun way.” In 2017 the museum reopened a very short section of the Mail Rail line as a visitor attrac­tion. The former loco­mo­tive workshop now houses a visitor centre and café, while the larger depot space has been converted into an events hall and exhi­bi­tion space.

North of the mail centre a 400-room Holiday Inn (now a Crowne Plaza) replaced the Mount Pleasant Hotel in the 1990s. Across Farringdon Road, Exmouth Market has become a popular place to eat and drink. At the southern end of Mount Pleasant, the narrow street is crowded with tenements and council flats.