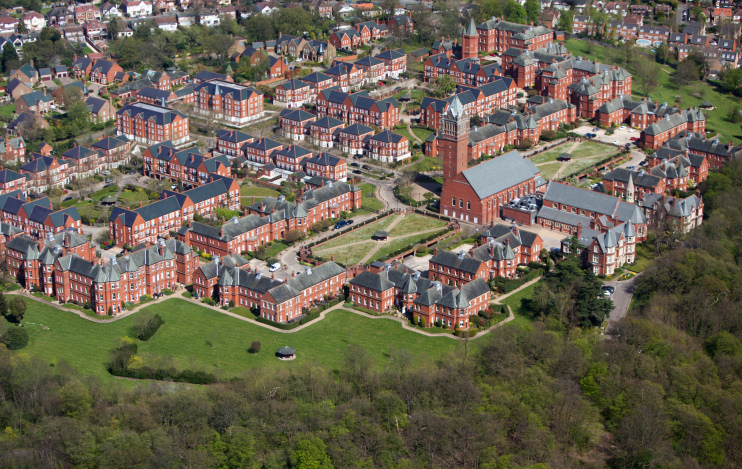 The De la Clay family lived here in the Middle Ages and it’s not clear whether the family brought its name from elsewhere or gained it as a result of living here. If the latter, it’s still unclear whether the place was named after the terrain and then gave its name to the family or vice versa. This kind of uncer­tainty crops up with several London place names and is enough to put anyone off the whole subject.

In the 19th century Claybury Farm stood where Claybury Broadway now runs parallel with part of Woodford Avenue (beneath the bottom left corner of the map below). To the north was Claybury Hall and its surrounding parkland, laid out in 1789 by Humphry Repton for the owner, James Hatch. 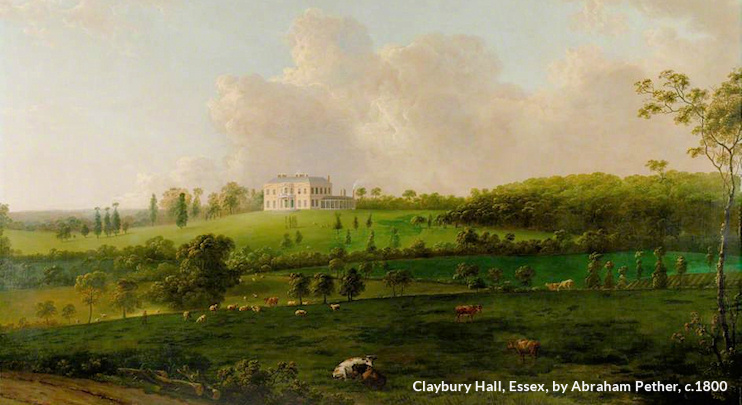 On the edge of the park the justices of the County of Middlesex built the palatial Claybury mental hospital (orig­i­nally ‘lunatic asylum’) in 1888–93, as a self-supporting community with capacity for 2,500 residents. At the same time, Claybury Hall was extended and converted into a private asylum.

By the 1930s Claybury hospital had become world renowned for the treatment of mental illness. Capacity had expanded to 4,000, and the hospital had its own operating theatre, radio rebroad­casting system, bank and post office.

In the 1960s staff here pioneered a ‘ther­a­peutic community’ approach to psychi­atry and Claybury continued in use as a mental hospital until 1997.

Property developer Crest Nicholson subse­quently converted the hospital to housing, with the aid of an enabling grant. Claybury Hall, which had latterly served as the head­quar­ters of the Waltham Forest health authority, was also restored and converted into apartments.

Like other adap­ta­tions of Victorian hospitals, Repton Park – as it was rebranded – also includes new homes in the grounds, in this case mews and town houses. A health club occupies the hospi­tal’s restored Great Hall, with a swimming pool in the chapel.

Most of the hospi­tal’s grounds have become Claybury Woods and Park. Now owned by the London Borough of Redbridge, the park has wild­flower-rich meadows, rare acid grassland and ancient oak and hornbeam woodland.

* The aerial image of Repton Park at the top of this page is cropped from an original photograph at Flickr, copyright Jeroen Komen, made available under the Attribution-ShareAlike 2.0 Generic licence. Any subsequent reuse is freely permitted under the terms of that licence. The photograph of Repton Park swimming pool is copyright Susan McKenna and is reproduced here with her kind permission.