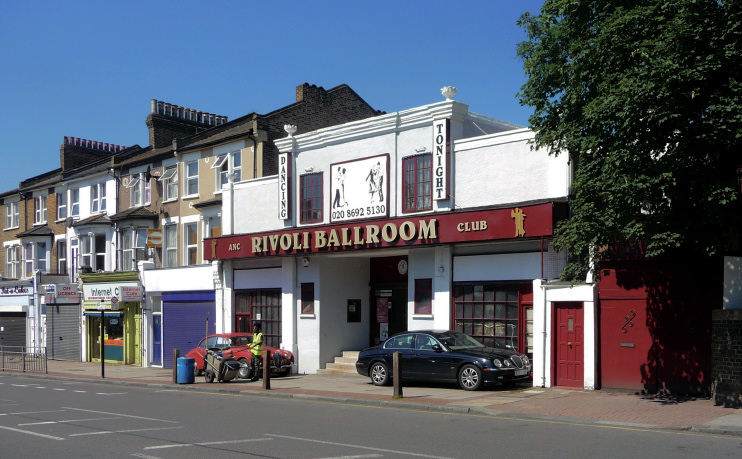 This was the location of the village of Brockley in the 18th century, centred on the Castle public house, later renamed the Brockley Jack. The part of Brockley that lay within the parish of Deptford consisted solely of farmland at that time.

When the Catford loop line was built in 1892 a station was opened here, and a new name was required, as Brockley station was already in existence. Crofton Park’s name appears to have been entirely an invention, with no basis in local history. The Brockley Jack was rebuilt in 1898 and shops surrounded the station. The pub nowadays has a popular upstairs theatre.

New roads were laid out to the south of the railway, including Crofton Park Road, which roughly followed the route of an old lane.

The parish church of St Hilda, Crofton Park, was completed in 1908 in a variation on the Arts and Crafts style that has been called ‘strange’ and ‘irre­spon­sible’. The Crofton Park picture palace opened in 1913 and the building was extended in 1924. It became the Rivoli ballroom in 1959.

Brockley Hall Road is built on the site of the former home of the Noakes family of Bermondsey brewers. Brockley Hall stood for a century and a half but was demol­ished in 1932 following the death of its last owner, the eccentric Maude Noakes.

The Crofton Park ward – which also takes in Honor Oak Park – is demo­graph­i­cally typical of Lewisham, except for a higher level of owner occu­pa­tion. According to the 2011 census, 60 per cent of residents are white, while 22 per cent are black or black British.

The Rivoli ballroom is now used for events, live music and specialist dance nights. Among its many film and television appearances, the Rivoli was the location for Tina Turner’s Private Dancer video and featured as a 1970s German dance hall in the 2001 thriller Spy Game, starring Robert Redford and Brad Pitt.

*The picture of the Rivoli Ballroom on this page is slightly modified from an original photograph at Flickr, copyright John Lord, made available under the Attribution 2.0 Generic licence. Any subsequent reuse is freely permitted under the terms of that licence.