A hamlet since Norman times, Farthing Street is a quiet echo of Downe, which lies three-quarters of a mile to the south 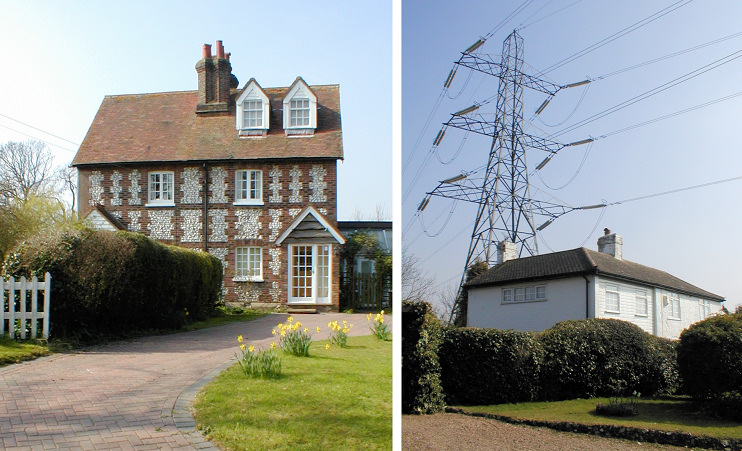 The south-​​eastern quadrant of the London Borough of Bromley is the most rural corner of the metrop­olis, with hamlets and villages strung along quiet byways. Only the farthest flung corners of the boroughs of Havering and Hillingdon present anything resem­bling such a bucolic aspect and they do not cover nearly as broad an area.

This place was first recorded in 1332 as ‘Ferthyngs’, a name that probably derived from the Old English fēorthing, referring to land that made up a quarter of a larger estate. The ‘Street’ affix, which came later, was frequently applied to places that consisted of a little ribbon of dwellings.

The Ferthing family (later spelt ‘Ferdyng’ and then ‘Farthing’) owned the land here in 1366 but – as is often the case in such situ­a­tions – it is likely that they got their name from the place, rather than the other way around. The family remained here until at least the early 16th century, when Thomas Farthing’s daughter Agnes married the Downe landowner John Mannyng.

By the 17th century a family called Smith had become the principal local landowners and they remained in Farthing Street for more than a hundred years. At this time Farthing Street lay at the edge of the Holwood estate.

No trace remains of the Farthing or Smith family homes, but the hamlet retains several 19th-century prop­er­ties – including a pair of brick-and-flint houses (shown in the photo­graph on the left, above) that were orig­i­nally part of the Holwood estate. Several dwellings are half-hidden behind tall hedgerows that line the single-track lane. However, high-tension wires strung across Farthing Street (shown in the other photo and indicated on the map below) nowadays detract from the pastoral purity.

Farthing Street Farm was once noted for its strawberries, picked at dawn and delivered to the shops of Bromley by 9am.