A private estate in south Keston, centred on the historic Holwood House 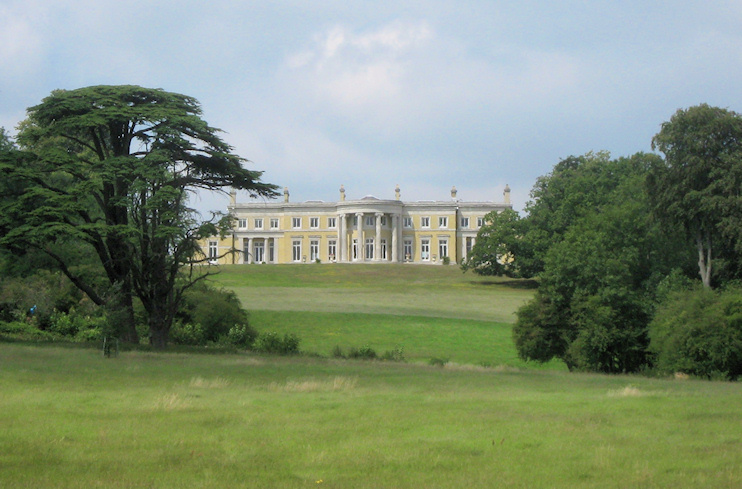 Holwood’s name was first recorded in 1484 and means ‘wood in a hollow’.

Holwood House was built on a modest scale in the early 17th century and progres­sively extended. William Pitt the Younger acquired the house in 1784 and he employed the services of Sir John Soane to remodel and enlarge it further, while Humphry Repton improved the grounds.

The house became an important meeting place for political figures of the time and has been called ‘the original Chequers’, in a reference to the prime minister’s official country retreat.

William Wilber­force was a regular visitor and wrote in his diary for 1788: “At length, I well remember after a conver­sa­tion with Mr Pitt in the open air at the root of an old tree at Holwood, just above the steep descent into the vale of Keston, I resolved to give notice on a fit occasion in the House of Commons of my intention to bring forward the abolition of the slave trade.” Near where that tree once stood, a commem­o­ra­tive stone bench is inscribed with those words, which presaged the Act for the Abolition of the Slave Trade.

Holwood House was rebuilt in 1826 by Decimus Burton after its prede­cessor had burned down. The house has recently been converted from use as a company head­quar­ters into an osten­ta­tiously luxurious family home.

To the north, Holwood had a dower house with its own estate, which was sold in 1923 for the creation of the Keston Park ‘gated community’.

More recently, 78 homes have been built on the site of a demol­ished 1970s outbuilding, in three concen­tric crescents called Wilber­force Court. Holwood House’s stable blocks have been extended to create a second devel­op­ment called the Courtyard. The rest of the parkland is protected from development.

To the north of Holwood House, Holwood Hill Fort is an Iron Age earthwork that may have been surrounded by a substantial ditched and walled enclosure. The fort was named ‘Caesar’s Camp’ by Victorian historians who were “unable to grasp the astonishing fact that things could actually be older than Roman,” as one website puts it. The earthwork was partly destroyed by landscaping for Holwood House and what remains of it is on the estate’s private land.

* The view of Holwood Mansion on this page is adapted from an original photograph, copyright David Anstiss, at Geograph Britain and Ireland, made available under the Attribution-ShareAlike 2.0 Generic Licence. Any subsequent reuse is freely permitted under the terms of that licence.