An alternative name for part of Old Malden 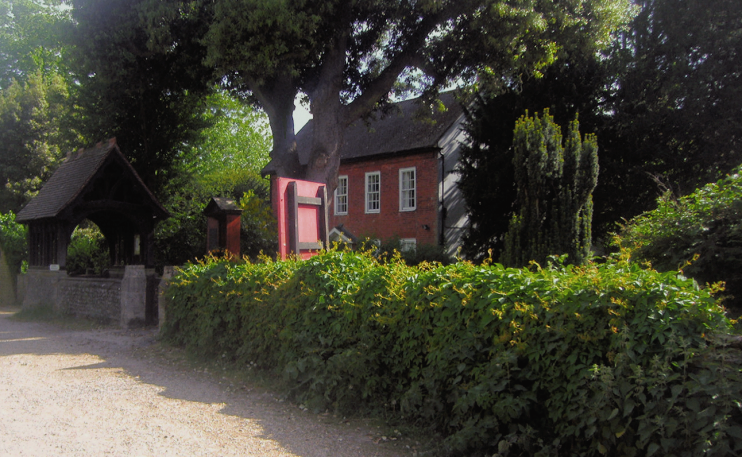 Some sources claim that an earlier incar­na­tion of Malden manor house was the first home of the insti­tu­tion that became Merton College, Oxford. However, most author­i­ties believe that the house was never a place of study or residence for students, although it may have been used by the admin­is­tra­tors of Walter de Merton’s estates while they were setting up the college at Oxford. Shown in the photo­graph above, the present manor house was built in the 1620s and enlarged in the 18th century. It is now a venue for meetings and functions, including weddings.

Until the Edwardian era, Church Road was the main settle­ment of Old Malden. A small group of buildings was situated near the church of St John the Baptist, including the vicarage, manor house and a national school. Church Road still follows its original alignment, with 1930s semi-detached and detached houses filling the spaces between older properties.

It was the Southern Railway’s naming of the station that prompted locals to start referring to the neigh­bour­hood as Malden Manor. The railway company was fond of mock-Tudor names and had intended to call other stations on the line Chess­ington Court and Chess­ington Grange before settling for the more prosaic North and South affixes.

Built in 1938, Malden Manor station is a pleasing art deco structure that made inno­v­a­tive use of rein­forced concrete, but its appeal is now marred by the elec­tricity pylon towering right outside and by poor main­te­nance of the concrete. As is often the case with such struc­tures, it looked much better when it was built than it does now.

Malden Manor has very little council housing and a high number of retired people living in spacious homes, making it one of the most socially advan­taged local­i­ties in south-west London. However, there is some depri­va­tion across the tracks on the Sheep­house Way housing estate.

Malden Manor primary school uses signage in Korean and Arabic to aid pupils who are at the early stages of acquiring English.

It seems likely that Sir John Millais painted Ophelia in Six Acre Meadow on the west bank of the Hogsmill River at the bottom of the manor house garden.