A leafy suburb situated on the south-western side of Merton 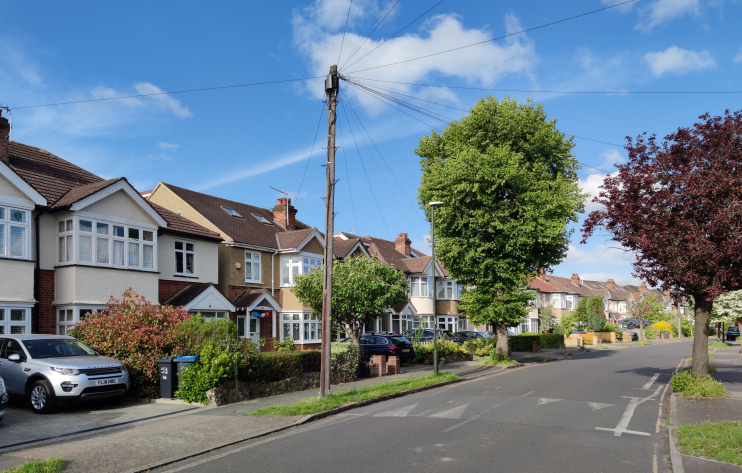 John Innes was a successful City busi­nessman who acquired Manor Farm in 1867 with the intention of profiting from the growth of Wimbledon by devel­oping an estate here. He rebuilt the manor house (a former farmhouse) and made it his own home, while laying out broad avenues across the fields.

The Merton Park estate was less successful than Innes had hoped, taking several decades to complete and evolving through different styles along the way. From plain begin­nings, Innes moved on to a garden suburb approach, with extensive tree planting and picturesque houses. Much of the estate remained in agri­cul­tural use at this time and cottages were built for farm workers on Church Lane and Watery Lane. 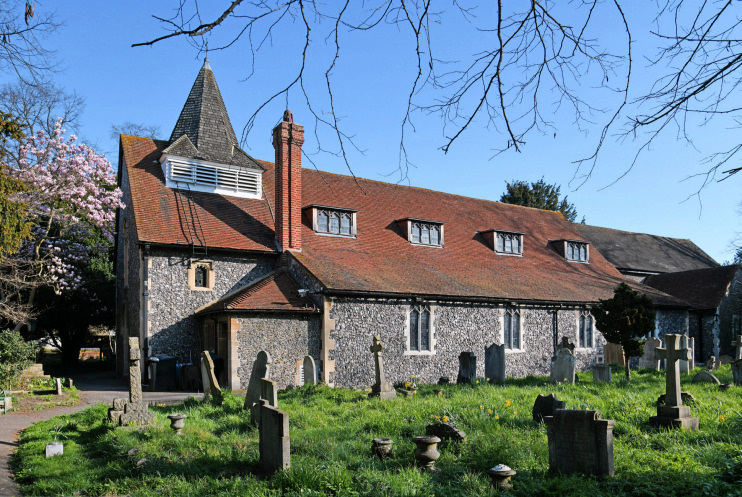 Lower Merton station opened in 1870 and its name was changed to Merton Park in 1887, after Innes had applied persis­tent pressure to the railway company. John Innes died in 1904 and was buried in the church­yard of St Mary the Virgin, the medieval parish church of Merton, which is shown in the photo above.

A new phase of devel­op­ment then began, with Arts and Crafts houses by the architect JS Brock­lesby, who lived at Long Lodge, on Kingston Road. The grounds of the manor house became John Innes Park in 1909, when a cricket pavilion and a wooden bandstand were added. The manor house itself became a Rutlish School building in 1910. Shown in the photo below, the manor house’s entrance lodge became the park lodge. 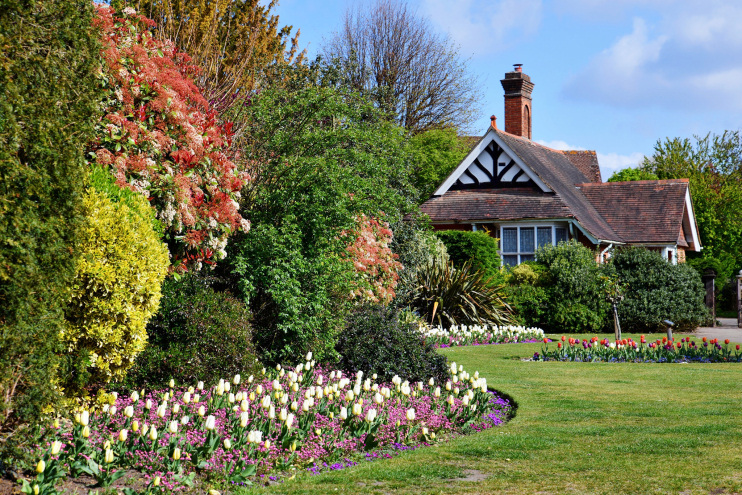 With the opening of stations at Morden and South Merton, former allot­ments in the south were built up from the mid-1920s, with less imag­i­na­tively designs than in the early phases. By this time, builders on adjoining plots were jumping on the Innes bandwagon and using the Merton Park name for their more afford­able projects in areas such as Hillcross Avenue and Sand­bourne Avenue.

Merton Park Studios moved into Long Lodge and made 130 B‑movies between 1934 and 1976, when the site was rede­vel­oped with housing and offices.

Merton Park station closed in 1997, when work began on converting the railway into a tram route, which opened in 2000. The Victorian and Edwardian heart of Merton Park is now a conser­va­tion area.

The artist Harry Bush painted many scenes in the immediate vicinity of his Queensland Avenue home (near South Wimbledon station) from the 1920s and was nicknamed ‘the painter of the suburbs’.

The novelist Edna O’Brien wrote her trilogy The Country Girls while living in Merton Park in the 1960s.

* The picture of Tybenham Road at the top of this page is adapted from an original photograph, copyright James Emmans, at Geograph Britain and Ireland, made available under the Attribution-ShareAlike 2.0 Generic licence. The pictures of the church of St Mary the Virgin and John Innes Park are adapted from original photographs at Flickr, copyright Images George Rex, also made available under the Attribution-ShareAlike 2.0 Generic licence. Any subsequent reuse is freely permitted under the terms of that licence.