An interwar middle-class housing development located on the borders of Beckenham and Shirley, built in the grounds of a world-famous mental hospital 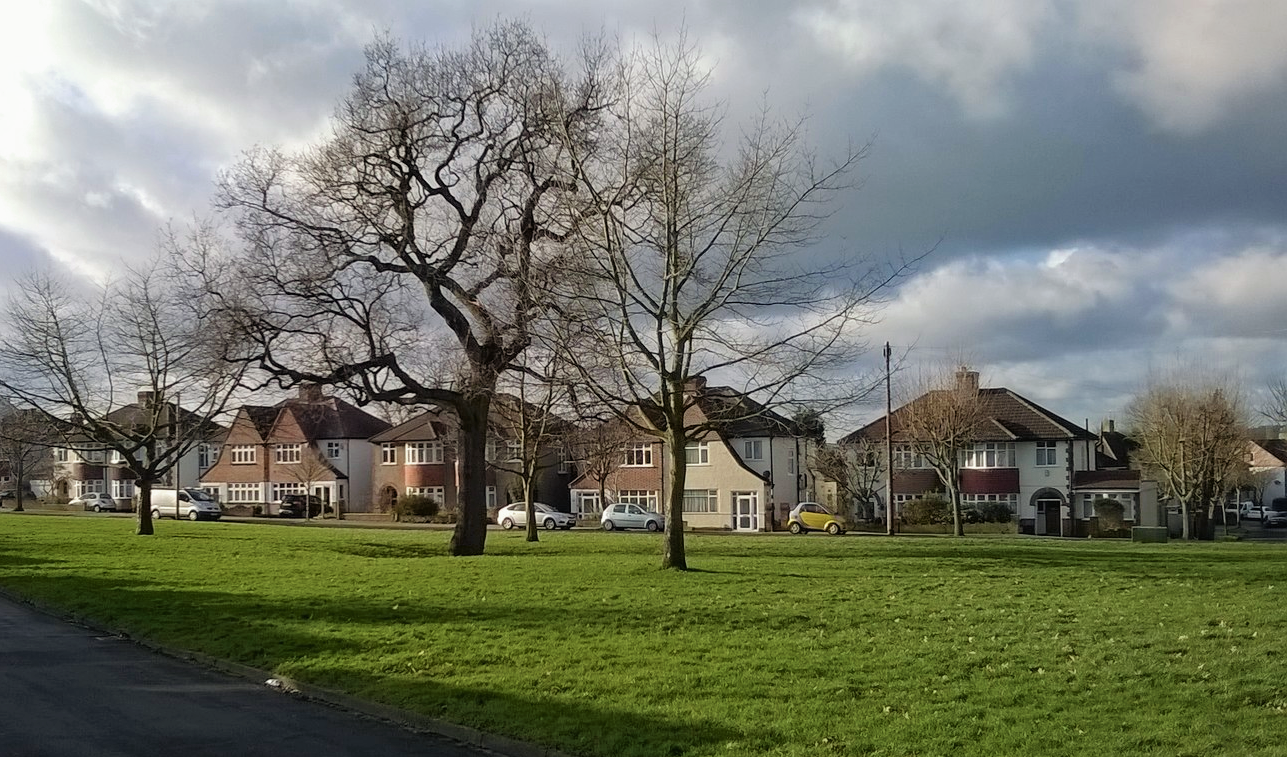 An Addington family called Monk owned a farm here sometime before the mid-17th century and Monksmead and Monks Orchard were the names given to their meadow and wood respec­tively. Lewis Lloyd acquired the estate in the early 1850s and named it after the wood. He built a mansion with 19 bedrooms, a billiard room, library and a 36-foot dining room. An orna­mental entrance lodge survives on Cheston Avenue.

Monks Orchard was described in 1923 as “typifying that which is best in the unspoiled English coun­try­side,” but within a year a large part of it had been acquired by the Corpo­ra­tion of London for the relo­ca­tion of Bethlem Royal Hospital from Lambeth. Construc­tion of the hospital began in 1928 and the mansion was demol­ished. The corpo­ra­tion did not require all the land it had bought so the remainder was sold off for housing and the present street plan was soon laid out.

Most of the housing was built before the outbreak of the Second World War, with mock-Tudor the favoured style, although other prop­er­ties have fewer preten­sions to grandeur.

Recent years have seen a spate of demo­li­tions of existing houses and bungalows and their replace­ment by higher density schemes. The Monks Orchard Residents’ Asso­ci­a­tion has been fighting a rearguard action against what it perceives as overdevelopment.

* The picture of Greenview Avenue, Monks Orchard, on this page is adapted from an original photograph, copyright Christopher Hilton, at Geograph Britain and Ireland, made available under the Attribution-ShareAlike 2.0 Generic Licence. Any subsequent reuse is freely permitted under the terms of that licence.