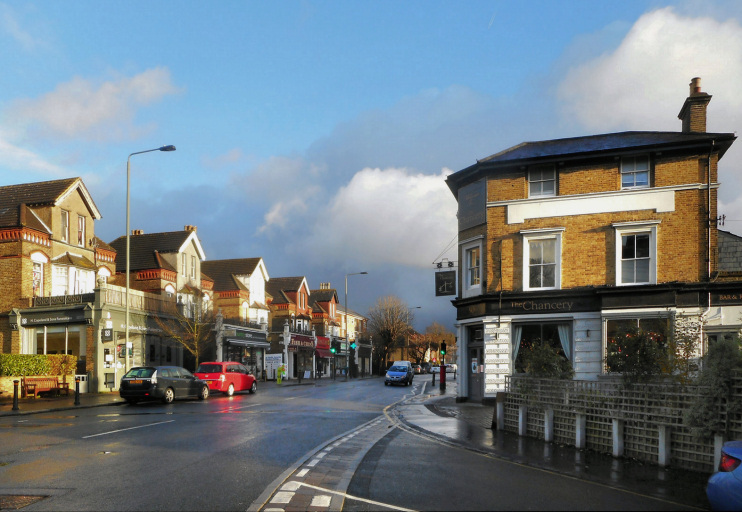 Beck­en­ham’s name is generally held to derive from Beohha, a Saxon farmer. The river that flows through the town is called the Beck, but this is a ‘back formation’, which is to say that the name Beckenham came first.

The discovery of pottery dated to the period 900‑1150 has revealed evidence of Saxo-Norman occu­pa­tion. The site, on what is now Fairfield Road, was abandoned early in the Middle Ages and not reoc­cu­pied until houses began to line the High Street in the late 17th century.

Because Beckenham was off the beaten track that ran through Bromley it became popular as a country retreat at this time, retaining its appeal for more than a century.

One of the grandest mansions was Beckenham Place, built in the late 1770s for wealthy local landowner John Cator. Much of its surrounding parkland was later sold off for building, including a station in 1857. What remains of Beckenham Place Park contains one of the few surviving areas of ancient woodland in urban London. (For more on Beckenham Place, see the page on Beckenham Hill.)

Beckenham developed rapidly over the three decades that followed the arrival of the railway, with detached prop­er­ties for the middle classes and terraced cottages for the workers who provided their services, while shopping parades marched in all directions. 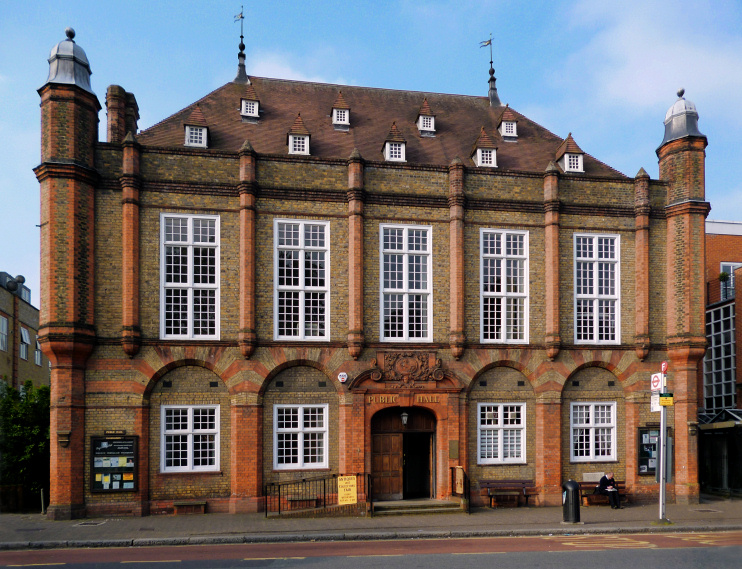 Shown in the photo above, Beckenham public hall was built in 1883 in what its grade II listing describes as a “playful Arts and Crafts style.” Its theatre-style main hall and two smaller spaces are available for hire.

After the First World War compact, densely packed terraces covered the remaining fields in the southern half of the district and the council compul­so­rily purchased and widened the High Street. Bomb damage during the next war led to clearance for council flats and town houses, and for new commer­cial property, though as a shopping centre Beckenham has been totally eclipsed by nearby Bromley.

In 1969 David Bowie founded the Beckenham Arts Lab at a pub on the High Street, while he was living in Foxgrove Road. The ‘Bowie bandstand’ in Croydon Road recreation ground was awarded a grade II listing in August 2019.