A Portland stone column erected at the junction of Monument Street and Fish Street Hill, just north of London Bridge 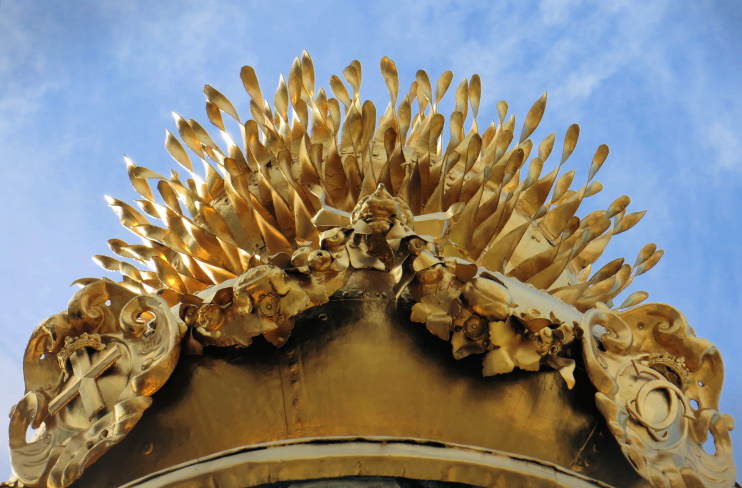 Built in 1677 by Sir Christo­pher Wren, the Monument commem­o­rates the Great Fire that had destroyed most of the City of London in 1666. It stands 202 feet high – its precise distance from the fire’s source – and is crowned with gilded flames, as shown in the photo above. The fire broke out at a bakery that is generally supposed to have been in Pudding Lane, though research published in 2016 suggests that it was actually located on what is now Monument Street.

The pedestal orig­i­nally carried an inscrip­tion blaming Roman Catholics for the fire. Referring to this, the poet Alexander Pope wrote, ‘Where London’s column pointing at the skies, / Like a tall bully, lifts its head and lies’. In 1831 the Corpo­ra­tion of London erased the offending words.

Over 100,000 visitors a year climb the 311-step spiral staircase to the Monument’s obser­va­tion platform, now enclosed to prevent the suicides for which it was once notorious. The column was floodlit in 1994 and is regularly restored.

Monument station opened in October 1884, on a section of track that completed what became the Circle line. It was called Eastcheap for the first month of its existence.

* The picture of the Monument’s gilded flames at the top of this page is minimally modified from an original photograph, copyright Filip Maljković, at Flickr, made available under the Attribution-ShareAlike 2.0 Generic Licence. Any subsequent reuse is freely permitted under the terms of that licence.