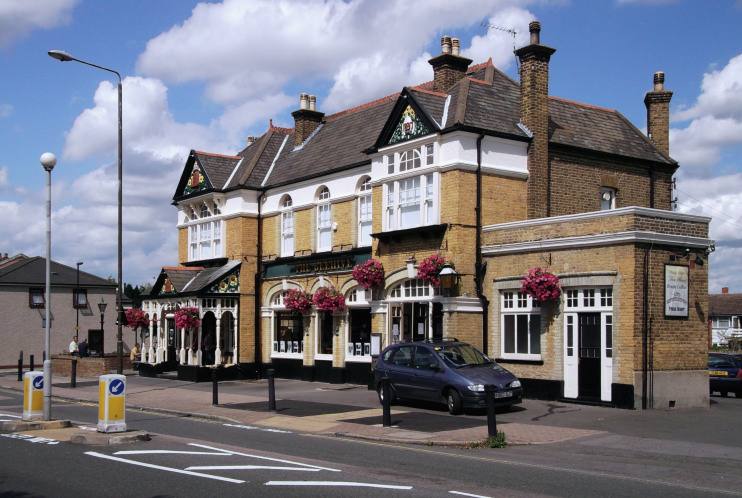 This was formerly the farming hamlet of Pope Street, which was centred on what is now Avery Hill Road. Pope Street was the early name of the station that opened here in 1878, primarily to serve first class ticket holders who main­tained rural retreats nearby.

An early phase of building followed the arrival of the railway but the village retained a rural character to the end of the century. Several of the old fields have survived as sports grounds, with their original bound­aries. Shown in the photo­graph above,* the Beehive was rebuilt in 1897 and for a while the pub hosted trotting races and trav­el­ling circuses in the adjacent field.

New Eltham’s remaining streets were laid out in the early 1930s and most of the present housing dates from that period. The community finally gained a library in 1931. A handful of light indus­trial enter­prises set up shop, most of which have since departed. One of the last to go was Dickerson’s, the builders’ merchant and plant hire contractor, which relocated to Norfolk in 1996 after eighty years in New Eltham. The company’s Avery Hill Road site was soon built over with houses and flats.

Charlton Athletic’s Sparrows Lane training ground is among the sports facil­i­ties that presently pack the northern part of New Eltham.

One sports ground, disused since 1992, has recently been developed by Linden Homes as Waterford Place, “an aspi­ra­tional new devel­op­ment of 2, 3, 4 and 5 bedroom family homes … set around a beautiful land­scaped green off Avery Hill Road.” The 13-acre site now has 135 red-brick dwellings, some with white weath­er­boarding in a nod to the Kentish vernac­ular. The land was formerly used for playing Gaelic sports, hence ‘Waterford Place’ and the names of the various house styles, which include the Kenmare, the Athlone, the Glen­gar­riff and (shown in the CGI below) the Cashel. In order to obtain planning permis­sion, the devel­opers agreed to renovate another disused sports ground – Bardhill, off Footscray Road – for community use. 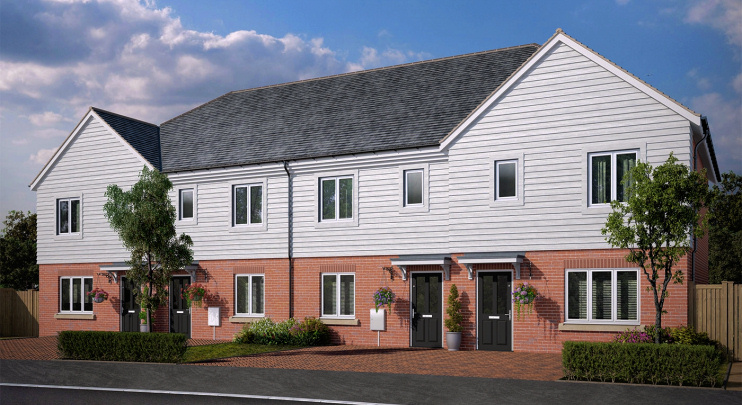 * The picture of The Beehive public house on this page is adapted from an original photograph, copyright David Anstiss, at Geograph Britain and Ireland, made available under the Attribution-ShareAlike 2.0 Generic Licence. Any subsequent reuse of either image is hereby freely permitted under the terms of that licence.