An amenity area situated at the northern end of the Ruislip district, bordered on most sides by Ruislip Woods 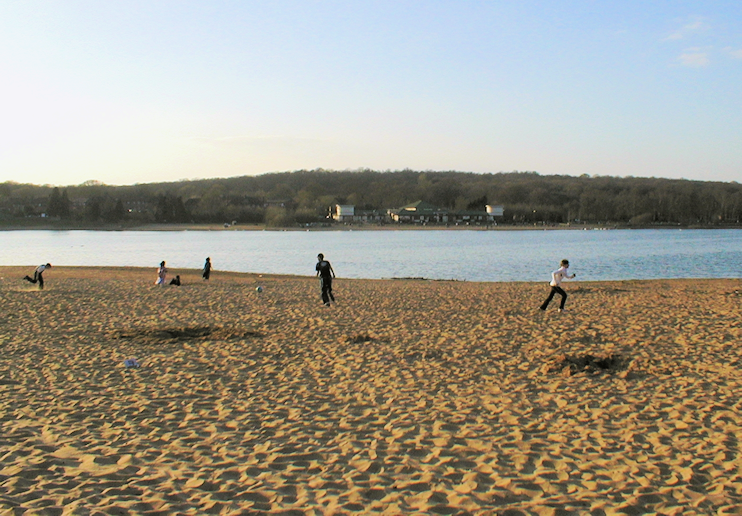 Evidence of late Bronze Age occu­pa­tion has been found at Ruislip Common. Poor’s Field was first recorded as common wasteland in 1295.

Ruislip Common once had a hamlet called Park Hearne, with a number of half-timbered cottages that were lost when the valley was flooded by the Regent’s Canal Company to create Ruislip Reservoir in 1811. The reservoir was designed as a feeder for the Grand Junction Canal, but never performed its task very successfully.

Early plans for the devel­op­ment of the Ruislip Manor estate (not to be confused with Ruislip’s Manor Homes) proposed building houses almost to the water’s edge, but nego­ti­a­tions with landowners King’s College saved most of Park Wood for the public in 1932. Four years later Copse Wood and Mad Bess Wood were also acquired. Ruislip’s first council houses were built shortly after­wards on Reservoir Road.

The canal company developed the reservoir as a lido in the mid-1930s and Ruislip–Northwood council took it over in 1951.

The main lido building was demol­ished in 1994, after a fire the previous year. It has been replaced by the Water’s Edge pizzeria and carvery. In 1997 English Nature desig­nated neigh­bouring Ruislip Woods a national nature reserve, the first in a metro­pol­itan district.

A café and woodland centre have been built at Woody Bay, which also has a rela­tively new station building. At the other end of the railway line, an overflow car park has been laid out to cope with the lido’s growing popularity. 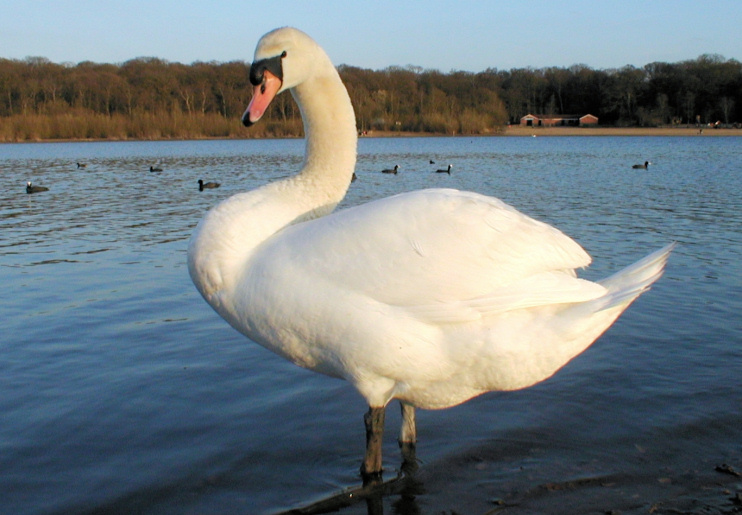 With its verdant setting, sandy beach, refresh­ment facil­i­ties and excellent miniature railway, Ruislip Lido attracts attract thousands on hot sunny weekends and bank holidays, and many visitors at these times are from outside the area. Because of the traffic conges­tion this generates, locals tend to stay away on these days.

Not so long ago Hillingdon council expressed a desire to improve the lake’s water quality suffi­ciently to make bathing permis­sible. However, this does not seem to have proved possible (or perhaps the cautious council just doesn’t want to risk being accused of a health and safety violation sometime in the future) and the present policy is to treat the lake as an aquatic extension of the woodland nature reserve. Never­the­less, on hot days, some disobe­dient people inevitably venture into the water.

Away from the lido on the west side of the common, Break­s­pear crema­to­rium is the second largest in London and is run jointly by the boroughs of Harrow and Hillingdon. The Break­s­pear name is widely used here­abouts and this has given rise to uncon­firmed spec­u­la­tion that Nicholas Break­s­pear, the only English pope, once lived nearby.

The Titanic sank at Ruislip Lido in the 1958 film A Night To Remember.

Scenes for the 1961 musical The Young Ones, starring Cliff Richard, were filmed on the beach at Woody Bay, with local kids as extras.