A predominantly rural area with some light industry beside the main roads, situated immediately east of Foots Cray; the terrain rises further east to around 100 feet above sea level at Upper Ruxley, on the Kent border 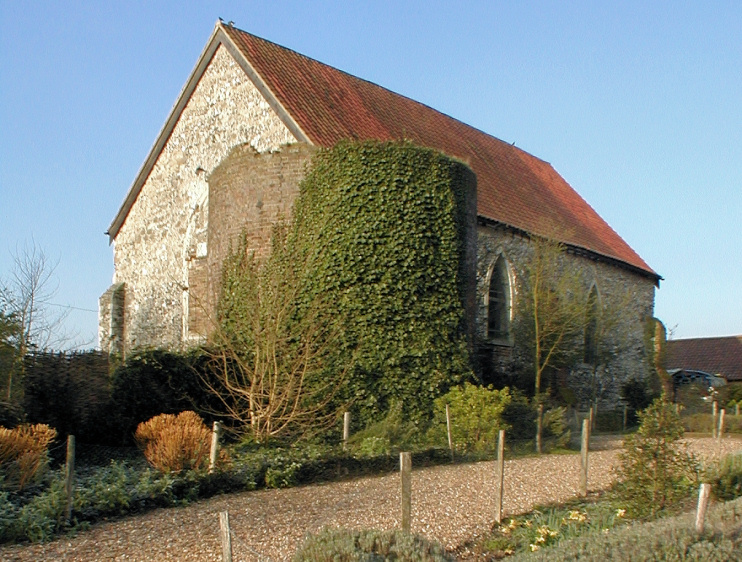 This was Rochelei in Domesday Book, and the name may have indicated a place frequented by rooks. In the Middle Ages Ruxley was the centre of an admin­is­tra­tive district – known as a hundred – extending as far as Hawley’s Corner, which is now on the south­ern­most edge of Greater London.

A small and basic parish church was built in the early 14th century and dedicated to St Botolph. It survives (barely) as a barn at Ruxley Manor, which is now home to a garden centre that Diamond Geezer calls a ‘Total Leisure­ware Nexus’.

The parish was combined with that of St James, North Cray, in 1557. The village of Ruxley is said to have been abandoned at that time, possibly as a result of bubonic plague.

Ruxley gravel pits were dug from 1929 to 1951 and now consti­tute one of London’s few areas of rela­tively undis­turbed water south of the Thames. The River Cray flows through three of the pits and a fourth is fed by springs. The surrounding swamp and fen vege­ta­tion supports a remark­able diversity of birds, butter­flies, drag­on­flies and beetles. Access is only possible by prior arrange­ment with the warden.

South-west of Ruxley Corner, Austrian manu­fac­turer Richard Klinger built a factory and offices on Edgington Way in 1937, making gaskets and other sealing products here for the next 60 years. The building was designed by Wallis Gilbert and Partners, creators of west London’s wondrous Hoover factory. The frontage is now all that survives of the former factory and it is grade II listed.