A separate community rather than just the southern part of Woodford, situated north of Snaresbrook 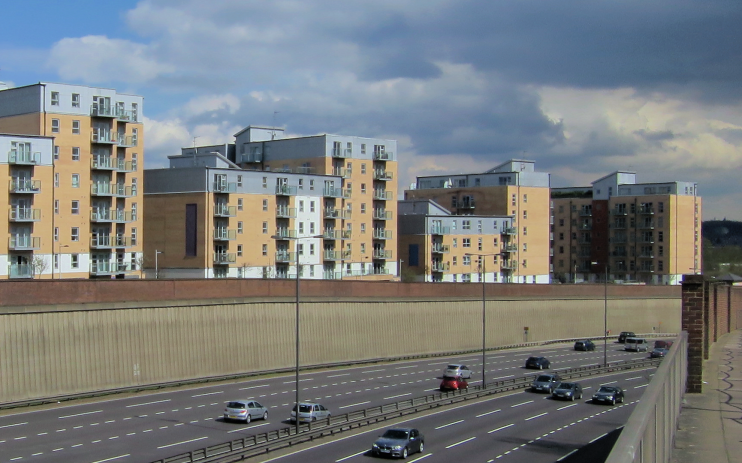 The northern part of this locality evolved much earlier than the rest, with cottages clus­tering around St Mary’s church in the late 18th century. A row of grander houses to the east included Elmhurst, Holmleigh and West Lodge.

Following the opening of the station (orig­i­nally as George Lane) in 1856, a network of streets was laid out on both sides of the railway and Hermon Hill was lined with houses as far as Snares­brook. An iron church was brought from Camden Town and re-erected on Hermon Hill in 1882. Local bene­fac­tors the Misses Nutter provided the permanent Holy Trinity church later in the decade and its parish was taken partly from Woodford and partly from Wanstead.

From the early 20th century devel­opers began to build houses for clerical commuters on the sites of older villas and the process accel­er­ated between the wars, when South Woodford also became the enter­tain­ment centre of the wider district. Most of the remaining old buildings were demol­ished in the 1960s and replaced by council housing.

In 1969 three tower blocks were erected in the grounds of Elmhurst as halls of residence for Queen Mary College. The halls were sold for devel­op­ment in 2003 and the site has been rebuilt by Telford Homes with the private apartment blocks of Queen Mary’s Gate, shown in the photo­graph at the top of this article.*

South Woodford’s aspi­ra­tional character is reflected in the restau­rants and specialist shops on George Lane. A conser­va­tion area protects the area around the northern part of the High Road.

The majority of South Woodford’s residents are of white British origin, and a variety of other ethnic groups make up the remainder.

The crime writer Ruth Rendell was born in South Woodford, where her parents both worked as teachers.

* The picture of Queen Mary’s Gate (North Circular Road) at the top of this page is adapted from an original photograph, copyright Oast House Archive, at Geograph Britain and Ireland, made available under the Attribution-ShareAlike 2.0 Generic Licence. Any subsequent reuse is hereby freely permitted under the terms of that licence.