The area just east of Tottenham Court Road station is properly known as St Giles (or St Giles’s) but the term is rarely used, perhaps because this was once London’s most notorious neighbourhood 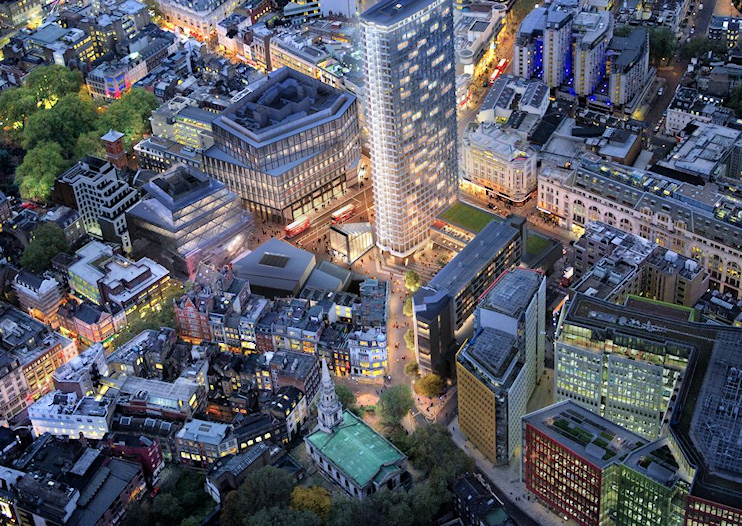 St Giles came into existence in the year 1101, when Henry I’s wife Matilda founded a hospital for lepers here. There have been three churches of St Giles-in-the-Fields; the present one dates from 1734.

Until the mid-19th century the St Giles district was a ‘rookery’ – a home for every kind of villain and misfit – conve­niently close to the rich pickings offered by the gentry up west. Its slums provided refuge from the officers of the law, who would seldom venture into the warren in pursuit of a fleeing criminal. The turning point came in 1840, when the police defeated a gang of coun­ter­feiters after a battle lasting several hours. Seven years later the slums began to be cleared as the author­i­ties forced New Oxford Street through the district in a delib­erate act of decon­t­a­m­i­na­tion by demolition.

St Giles Circus is over­looked by the 385-feet tower Centre Point, which was London’s only bona fide skyscraper when it was built in 1964. Developer Harry Hyams came in for heavy criticism because he left the building empty for many years, content to benefit from the esca­la­tion in its capital value while he paid no rates. A hundred squatters occupied it in 1974. Now a grade II listed building, Centre Point has recently been converted to resi­den­tial use. For more on this, see the page on Centre Point. 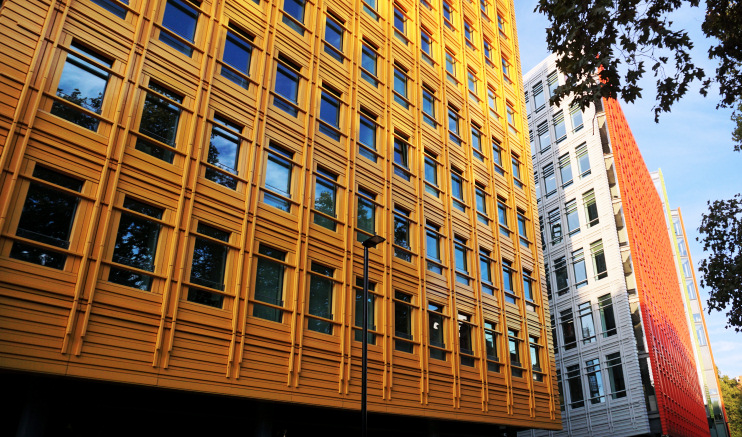 Seen from St Giles High Street in the photo above – and visible lower right in the image at the top of this article – Central Saint Giles is a mixed-use devel­op­ment designed by the Italian architect Renzo Piano and completed in May 2010. The adjective most commonly used to describe the buildings is ‘colourful’.