The ‘scrag end of the borough’ – as the Evening Standard once controversially described it – Tolworth straddles the Kingston by-pass, south-east of Surbiton 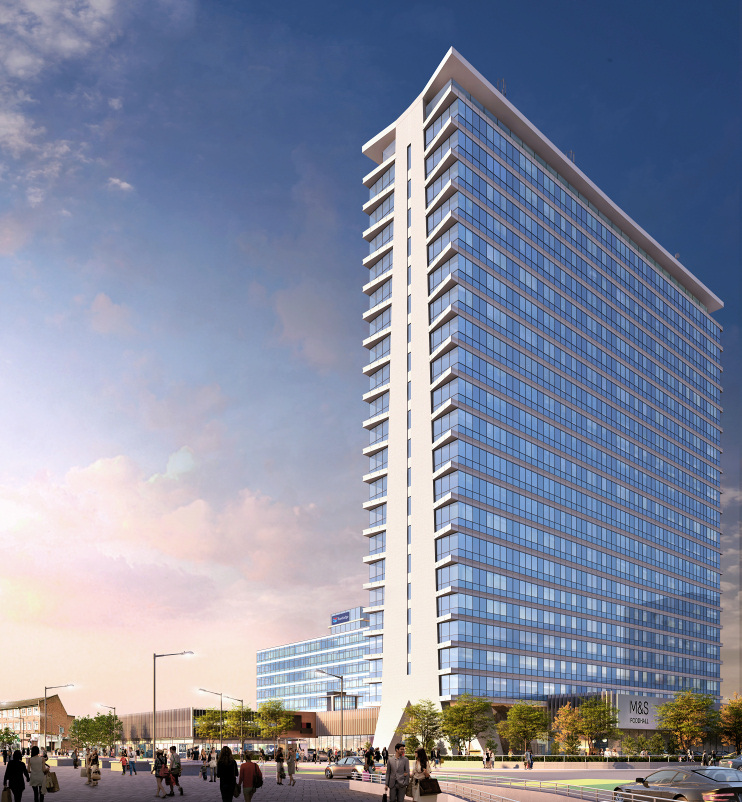 Tolworth was recorded as ‘Taleorde’ in Domesday Book (after a man called Tala) and mutated through ‘Talworth’ before the present version of the name took hold in the late 19th century.

The manor was given by Elizabeth I to Henry, Earl of West­more­land and bought by Nathaniel Polhill, MP for Southwark, in 1781. For most of the 19th century the earls of Egmont were Tolworth’s principal landowners.

St Matthew’s church was built on the border with Surbiton in 1875. The largely unex­plained generosity of a Coutts banker resulted in a church that was much larger than the locality needed, but which was appre­ci­ated by the inhab­i­tants of the villas springing up along Ewell Road at the time.

In the 1880s brick­fields in Red Lion Lane (now Road) and William Hipwell’s 550 acre dairy farm were the major employers. Tolworth isolation hospital was built in 1889, in the face of vigorous local objections.

On the death in 1897 of Charles George Percival, the seventh earl of Egmont, the farmland was sold for devel­op­ment, although progress was slow at first, partly because of poor drainage. The manor house burned down in 1911.

With the opening of the Kingston by-pass in 1927 a massive programme of expansion began, with houses and amenities replacing farms such as Tolworth Lodge. Ewell Road was re-cut and Tolworth Broadway appeared. Tolworth central school was built on the site of Fullers Farm. This has since become Tolworth girls’ school and sixth form, a specialist tech­nology school with academy status.

Tolworth station opened in 1938, orig­i­nally as the terminus of the first stage of the Chess­ington branch line, which was extended to its final length a year later.

The Seifert-designed Tolworth Tower, built in 1964 on the site of the former Odeon cinema, is outer London’s tallest building. Its 22 storeys ascend to 265 feet and the super­market at ground level was the largest in southern England when it opened. Orig­i­nally a Fine Fare, the store is now a branch of Marks & Spencer, with a Trav­elodge at the rear.

In the late 1960s the creation of an underpass helped relieve conges­tion at Tolworth Junction.

In April 2017 the Mayor of London gave the green light to German discount super­market chain Lidl’s proposal to build a £70m UK head­quar­ters in Tolworth, on a site hitherto occupied by the Jubilee Way motor­cycle track.

Plans for the conver­sion of much of Tolworth Tower to resi­den­tial apart­ments for rent were unan­i­mously approved by Kingston council in October 2019. The devel­opers’ CGI at the top of this article shows the proposed future look of the building, which is not radically different from its present appear­ance. A second phase of addi­tional housing on neigh­bouring land is likely to mate­ri­alise sooner or later, as is the rede­vel­op­ment of the former govern­ment offices site to the south of the Tolworth roundabout.

A high propor­tion of homes in the ward of Tolworth and Hook Rise are owner-occupied and contain dependent children. According to the 2011 census, 64 per cent of residents are white British and the most populous minori­ties are of Indian and Sri Lankan birth or descent.