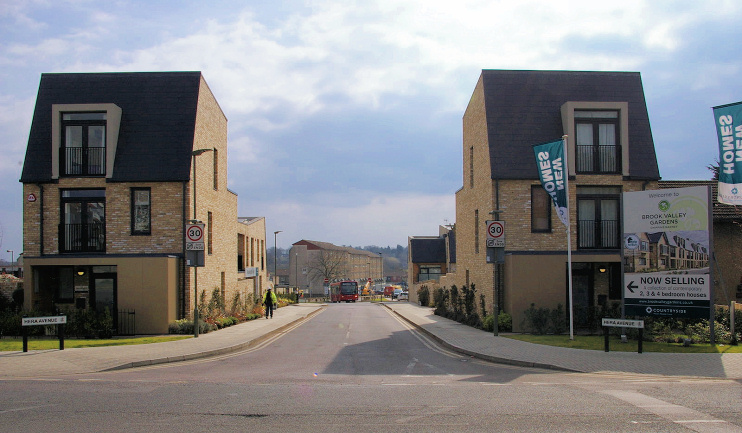 The settle­ment at Underhill first grew up at a conflu­ence of several old lanes (marked with a big pink pin on the map below), where Silver Crispin rebuilt a cottage alehouse as the Red Lion in the mid-18th century.

Poor children were cared for at Underhill Cottages at the start of the 19th century; the one nearest Mays Lane was formerly a toll house on the turnpike road.

When Barnet Fair was at its height, the main fair­ground filled the fields of Underhill, though it took over streets right across the town too.

The Edgware, Highgate and London Railway Company planned a line to Barnet in 1866 and its proposal to build the terminus at Underhill was approved. However, the company was bought out by the Great Northern Railway, which changed the route and pushed on to High Barnet.

Underhill still had only a few dwellings when construc­tion of Chipping Barnet sewage farm began here in 1874, and dairy cattle continued to graze on Sharpe’s Farm into the 20th century, while common lodging houses stood nearby.

The Three Horse­shoes and Queen’s Arms were closed in 1928 as part of the council’s drive to reduce the number of pubs in the area, a policy known as ‘the Barnet comb-out’. In the early 1930s the Grasvenor estate was laid out beside the railway line and the Old Red Lion was rebuilt. Shown in the photo below, Underhill Baptist church opened at the foot of Elton Avenue in 1936. 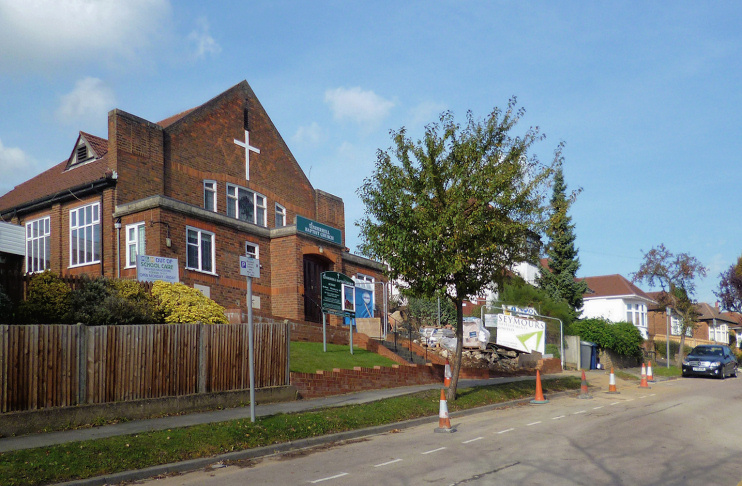 The London Borough of Barnet built the Dollis Valley housing estate on the site of the former sewage farm in the late 1960s. One of the three largest in the borough, the estate is presently under­going full-scale regen­er­a­tion. As ever with such schemes nowadays, this involves the creation of new community facil­i­ties and the construc­tion of a signif­i­cant number of homes for sale on the open market, some of which are shown in the photo at the top of this article. The project is due for comple­tion in 2022.

The Old Red Lion closed in February 2015 and has been replaced by Lion Yard, a devel­op­ment of six semi-detached townhouses.

At the last census, 61 per cent of Under­hill’s residents were white British. No other ethnic group accounted for more than 5 per cent of the ward’s popu­la­tion. Similarly, at Underhill junior school on Mays Lane, the majority of pupils are of white British heritage, with other pupils coming from a wide range of back­grounds – including native speakers of Bulgarian and Japanese.

Underhill stadium was the home of Barnet football club from 1907 to 2013. The stadium was demolished in 2018 in preparation for the construction of a new academy.

* The picture of new houses on Hera Avenue at the top of this page is adapted from an original photograph, copyright Christopher Hilton, and the picture of Underhill Baptist Church is adapted from an original photograph, copyright Des Blenkinsopp, both at Geograph Britain and Ireland, made available under the Attribution-ShareAlike 2.0 Generic Licence. Any subsequent reuse of either image is freely permitted under the terms of that licence.