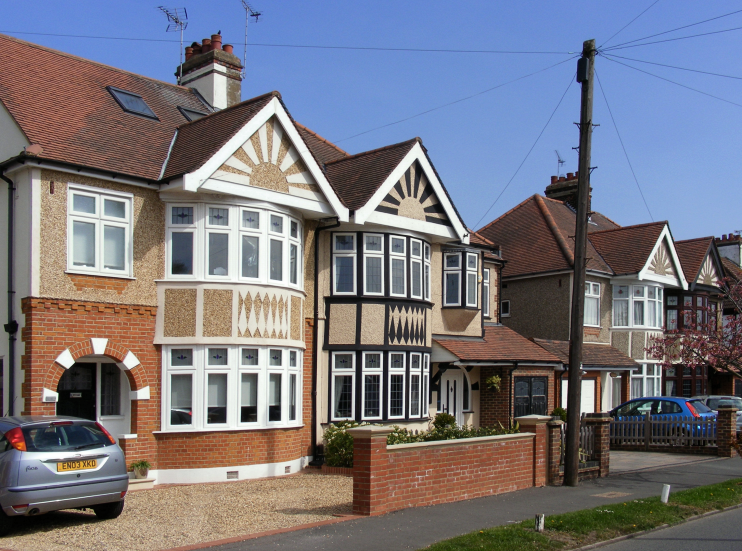 Celtic farmers who lived here from about 500bc created the distinc­tive recti­linear field pattern in the southern part of the area.

Upminster’s name derives not from some great cathedral, but from the parish church, said to have been founded in the seventh century by St Cedd, bishop of the East Saxons. The present church, dedicated to St Laurence, was built facing the village green in the early 13th century and its original tower survives intact.

A thatched barn was built near Hall Lane in the mid-15th century and now accom­mo­dates a Museum of Nostalgia, which is usually open on weekend after­noons twice a month in summer.

The village had a popu­la­tion of 370 in 1695 – still small but almost a tenfold increase from the time of Domesday Book.

William Derham was rector of St Laurence’s from 1689 until his death in 1735. He lived at High House, where he wrote his two great works, Physico-Theology and Astro-Theology.

Dr Derham also made notes on sunspots, the moons of Jupiter and the migra­tions of birds, as well as compiling mete­o­ro­log­ical tables, making most of his obser­va­tions from the church tower. His Royal Society papers describe how he measured the speed of sound from the tower, with the help of paired pocket watches, a telescope and friends who would fire a distant gun at a precise moment.

During the late 18th century Sir James Esdaile rebuilt Gaynes manor house for himself as a Palladian villa and added other substan­tial houses in the area, several of which were occupied by members of his family. James Nokes erected a windmill on his farm on the western side of the village in 1803. Recent conser­va­tion work has returned this attrac­tive smock mill to working order and a visitor centre has been built. 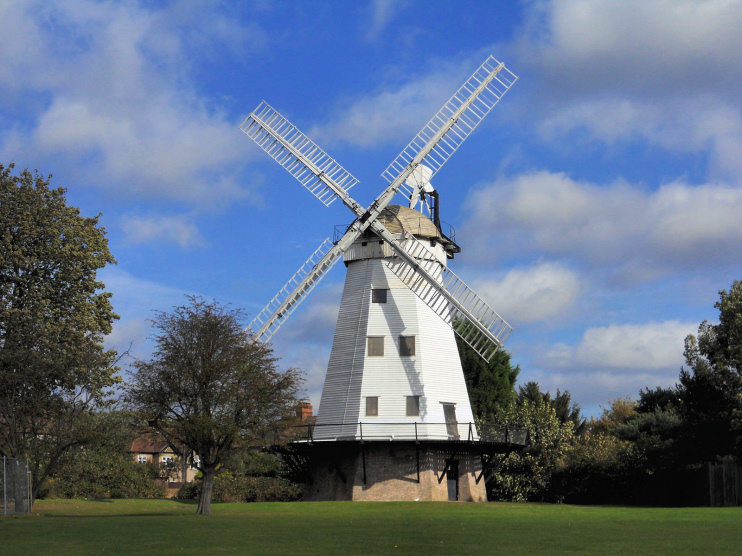 In 1885 the Great Eastern Railway brought Upminster within half an hour of London but this still repre­sented an unac­cept­able journey for most potential commuters. In addition, major landowners were not yet ready to sell their estates.

The first major phase of house­building came when the Ilford developer Peter Griggs set his sights on Upminster in 1906. He proposed to create a ‘new town on an American plan’, covering 700 acres of the Upminster Hall estate. The hall itself has survived as a clubhouse for Upminster golf course.

The best houses were planned for the area north of the railway, with gardens up to half an acre in size. Shops and smaller homes would be built to the south, while community facil­i­ties would include a high-class prepara­tory school and a doctor’s house. New streets were laid out, most of which were named after former manorial families.

Griggs’s scheme progressed at a varying rate, according to prevailing economic condi­tions, with some building contin­uing throughout the First World War. Smaller estates were added by other devel­opers after the war and central Upminster was fully built up by 1938. A last phase of building in the 1950s and 1960s extended the suburb further north and east, with prop­er­ties of a similar appear­ance to the better homes built between the wars.

According to the 2011 census, Upmin­ster’s popu­la­tion is 91.6 per cent white British, making it one of the most ethni­cally uniform places in London. Compare this, for example, with Goodmayes, just six miles to the west, where 16.9 per cent of residents are white British. Upmin­ster’s largest minority group – at 1.8 per cent – is of white Irish origin.

The rock singer Ian Dury grew up in the suburb, and entitled his 1981 album Lord Upminster.

* The picture entitled Upminster sunbursts at the top of this page is slightly modified from an original photograph, copyright Sludge G, at Flickr, and the picture of Upminster windmill is modified from an original photograph, copyright Richard Dunn, at Geograph Britain and Ireland, both made available under the Attribution-ShareAlike 2.0 Generic Licence. Any subsequent reuse is freely permitted under the terms of that licence.