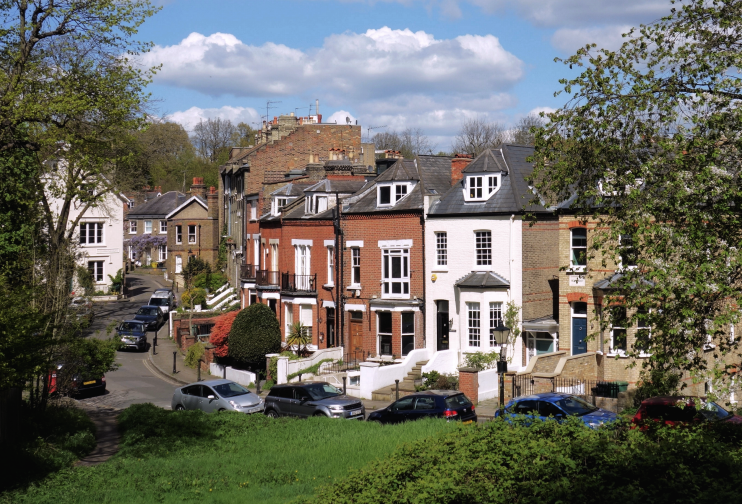 This part of Hampstead Heath was orig­i­nally known as Gangmoor, and later as Hatches (or Hatchett’s) Bottom, after an early-18th-century cottager. The Hampstead Water Company created a pond here in 1777, which drained enough of the formerly malarial marsh to allow houses to be built. For much of its early existence, Hatches Bottom was not regarded as a picturesque village but as an intrusive presence on the heath.

Those who wished to attract visitors or new residents invented and promoted the ‘Vale of Health’ name, which was first recorded in 1801, although it did not fully supplant the older identity until the mid-20th century.

The essayist Leigh Hunt lived here from 1816 to 1818 and regularly hosted meetings of writers and poets, who included Shelley, Keats and Byron. In 1851 the hamlet had 57 adults and 30 children crammed into 18 houses.

With the opening of the Hampstead Junction Railway in 1860, day-trippers began to swarm here in summer­time and the Hampstead Heath Hotel and Vale of Health tavern were built, neither of which has survived. In 1877 the Athenaeum Club opened in a chapel-like building, later becoming an Anglo-German society with over a thousand members. By 1890 the hamlet had 53 houses. 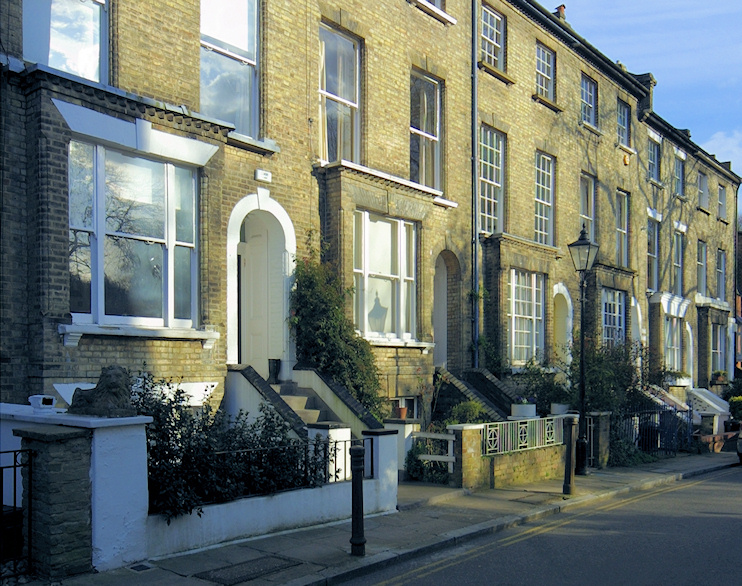 The Vale of Health now consists mainly of attrac­tive terraces of villas and cottages separated by narrow passage­ways, together with two small blocks of private flats.

Visible in the satellite view below, the north-east corner of the hamlet is a trav­el­ling showpeople’s site, described by the Evening Standard as “surely the most genteel informal settle­ment in London.” The same article said of other Vale of Health residents that they “all look as though they read the London Review of Books.”

Residents formed the Vale of Health Society in 1973 to resist inap­pro­priate devel­op­ment and marked its 25th anniver­sary by founding Heath Hands, the first volunteer corps dedicated to Hampstead Heath.

* The picture of houses in The Vale Of Health at the top of this page is adapted from an original photograph, copyright Des Blenkinsopp, at Geograph Britain and Ireland, made available under the Attribution-ShareAlike 2.0 Generic Licence. Any subsequent reuse is freely permitted under the terms of that licence.