A stereotypical east London district, situated in the borough of the same name 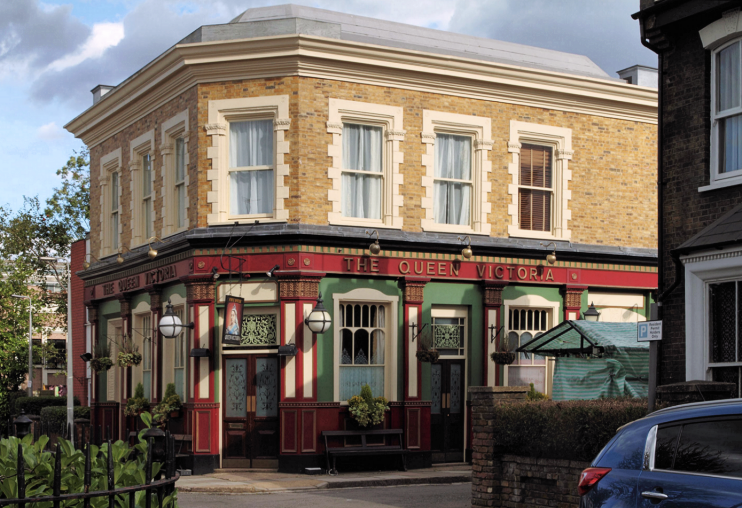 Little of Walford’s history is known prior to 1985. Its name may be connected with the 19th-century London historian Edward Walford or perhaps indicates early settle­ment of the area by Celts, as is also likely in the cases of Walworth and Wallington, (the Old English word ‘wala’ has the same root as ‘Wales’). The ford could have crossed one of the trib­u­taries of the River Lea, but Walford’s precise location is difficult to pin down.

The archi­tec­ture of the surpris­ingly busy Albert Square appears to date from around the 1880s and bears a close resem­blance to part of Fassett Square, on the Hackney/Dalston border. However, aerial views have centred on Poplar and Canning Town, while Walford East tube station seems to lie to the east of Bow Road on the tube map.

Unlike many east London quarters, the popu­la­tion is still primarily white working class, although various ethnic minori­ties manifest a presence. Living standards seem rela­tively accept­able, though there are char­ac­ter­is­tics that would normally be indi­ca­tors of depri­va­tion. The best oppor­tu­nity for exercise seems to be a walk in the park or ‘on the marshes’. There are no high street names among the shops, no Tesco Metro, not even a Budgens. No bank or building society. The post office was replaced by a massage parlour when it closed in 2009.

In January 2014 plans were unveiled to expand and reju­ve­nate the most visible part of Walford, including a new high street with shops and busi­nesses that will reflect a “greater sense of the modern east end of London”. The project is due for comple­tion in 2018.