A stone’s throw from the top of Canary Wharf’s towers, Poplar is a historically poor East End district where regeneration projects continue to try to improve the quality of life 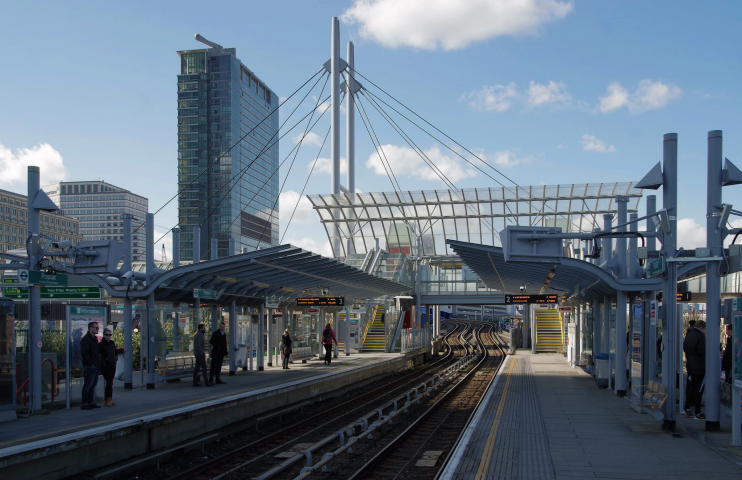 Poplar takes its name from the native trees (Populus canescens and Populus nigra) that once thrived on the moist alluvial soil beside the marshes. From the 17th century Poplar provided homes for workers at the docks that lined the river­front from Limehouse around the Isle of Dogs to Blackwall. It became one of London’s first multi-ethnic districts, with inhab­i­tants of Indian, Chinese and ‘Nubian’ origin.

The opening of the West India Docks in 1802 stim­u­lated a rapid growth in housing devel­op­ment, mainly mean terraces of rented cottages. In 1817 Poplar became a parish, with All Saints conse­crated as its parish church six years later.

Poplar Fields, the area north of East India Dock Road, was built up as Poplar New Town from the 1830s to the mid-1850s. By the late 19th century, poverty and over­crowding were rife.

The borough of Poplar, created in 1900, soon gained a repu­ta­tion for political radi­calism, espe­cially for the Labour council’s demand that London’s wealth should be distrib­uted more evenly among its constituent parts. The borough’s deter­mi­na­tion to adequately relieve the suffering of its poor was nicknamed ‘Poplarism’ by the Glasgow Herald in 1922 and the term became generic for allegedly spend­thrift Labour councils.

The district now consists mostly of council-built flats and houses dating from the 1950s to the 1970s, notably on the Lansbury estate. Only a few struc­tures – mainly churches, pubs and public buildings – pre-date the Second World War. The photo below shows the former Sabbarton Arms (built c.1869), Upper North Street, which closed in 1999 and was converted to resi­den­tial use. 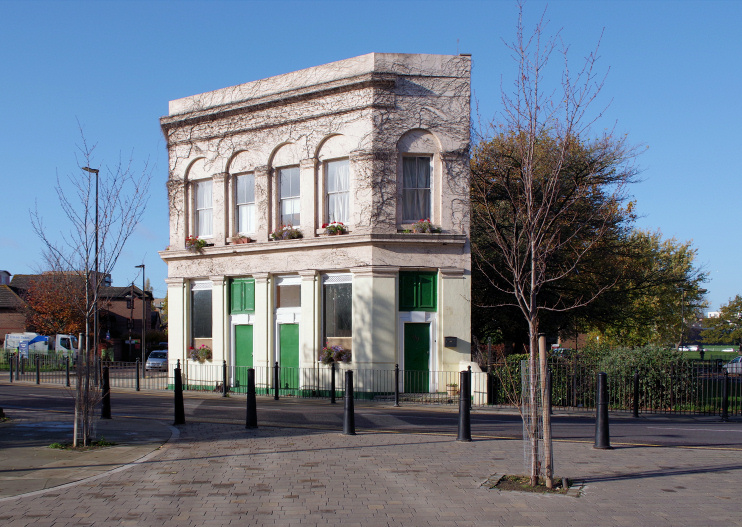 Forty years ago public housing accounted for 97.6 per cent of Poplar’s dwellings. The new world that soon after­wards sprouted on the Isle of Dogs brought some private resi­den­tial schemes here but there was at first little scope or appetite to build the kind of apartment complexes that have trans­formed nearby local­i­ties like Blackwall. After all, poor people have to live somewhere in Docklands.

However, private devel­op­ments have begun to appear more frequently in recent years – espe­cially at former indus­trial sites – such as New Festival Quarter on the bank of the Limehouse Cut, which was completed by Bellway in 2014 and contains 502 homes. Completed in 2020, Barch­ester Court (83 Barch­ester Street) consists of 115 ‘afford­able’ apart­ments that were built as part of an oblig­a­tion imposed on the devel­opers of Newfound­land Quay, aka ‘the diamond tower’, in Canary Wharf.

Poplar High Street has a New City College campus – but not much else in the way of amenities. Built in 1870 at the corner of the High Street and Woodstock Terrace, the old Poplar town hall is now the Lansbury Heritage Hotel.

Poplar’s real high street is Chrisp Street, which has been a focus of recent regen­er­a­tion efforts, along with the zone now called Poplar Riverside – the river in question being the Lea. A DLR station opened at Langdon Park in 2007 and the disused Old Poplar Library was been restored as a ‘seedbed’ for start-up busi­nesses. The library building will soon be inte­grated within a new residential/commercial devel­op­ment by Poplar HARCA. Other projects aim to overcome the barrier-like presence of the A12 Blackwall Tunnel Northern Approach.

The long-running BBC TV series Call the Midwife (originally based on a memoir of the same name) is set in Poplar.

* The pictures of Poplar DLR station and the former Sabbarton Arms on this page are both minimally modified from original photographs, copyright Matt Buck, at Flickr, made available under the Attribution-ShareAlike 2.0 Generic Licence. Any subsequent reuse is freely permitted under the terms of that licence.