A little-used name (although still recognised by older residents) for the south-eastern part of Bromley-by-Bow, which has been sliced and diced by communications improvements over three centuries 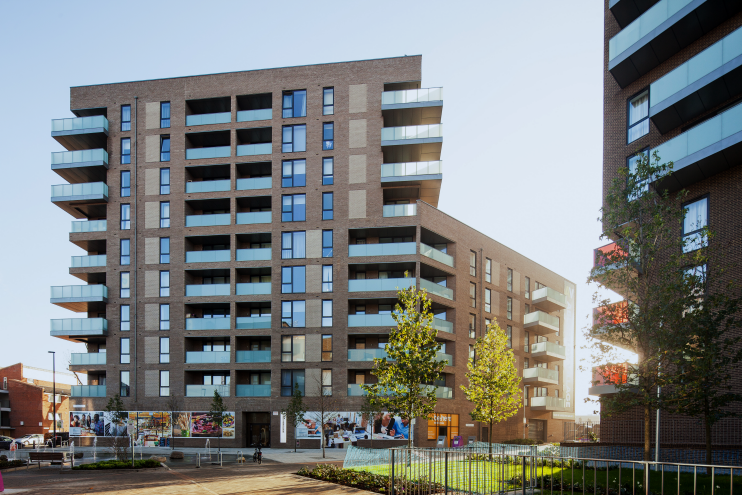 The small but elab­o­rately orna­mented Bromley Hall was built in the late 15th century as the manor house of Lower Bromley, perhaps for a courtier at Greenwich Palace. The house was radically remod­elled soon after 1700 and over the following centuries served as a calico printing works, gentleman’s seat, gunpowder factory, charity home, carpet warehouse and most recently as offices for small businesses.

The construc­tion in 1770 of a short canal called the Limehouse Cut (just visible at the top left corner of the map below, on full-width screens) separated South Bromley from its parent and the locality there­after evolved as an extension of Poplar.

From the mid-19th century, factories were estab­lished beside Bow Creek with workers’ housing further inland on what had formerly been Bromley Marsh.

A mission chapel was built on St Leonard’s Road in 1861. This was soon replaced by St Michael and All Angels church, which could accom­mo­date a thousand worship­pers. It has since been converted to flats.

Between 1864 and 1885 David McIntosh laid out compact but sturdy terraces to the east of St Leonard’s Road, some of which survive today. McIntosh’s Scottish origins show in the street names, such as Oban Street, which is shown in the photo below. 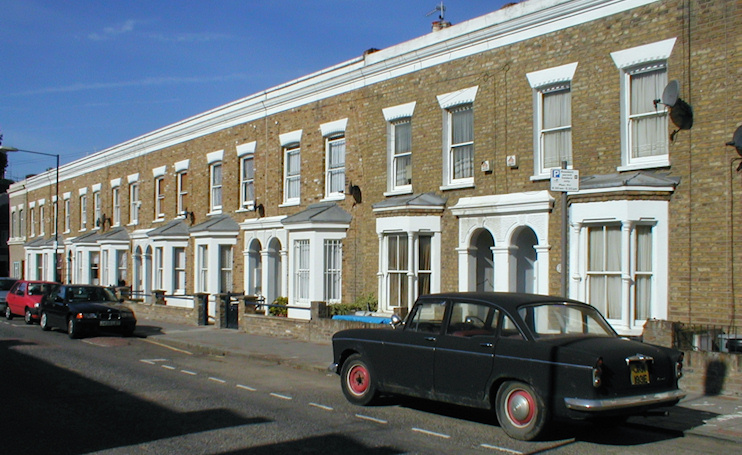 Poplar gasworks and neigh­bouring Abbott Road date from the 1870s. John Abbott was a former chemist who also built at Old Ford.

South Bromley had a station on the North London Railway from 1884 until its closure in 1944, after the line had been damaged by wartime bombing. The station stood at the end of Rifle Street (off the western edge of the map below), at what is now the north-east corner of Lansbury Square. Langdon Park station has since opened a short distance to the south, on the Docklands Light Railway.

Following extensive wartime damage Poplar council began work on its Abbott estate in 1947 and from the 1950s to the 1970s the London County Council and its Greater London successor showered South Bromley with more block of flats – many of which have since been demolished.

The most notable block is Ernő Goldfinger’s 26-storey Balfron Tower of 1967, the first public housing project by the architect whom Ian Fleming so disliked that he gave his name to a Bond villain.

The Northern Approach Road leading to the Blackwall Tunnel split South Bromley down the middle in the 1960s. The eastern part of South Bromley was further isolated by the construc­tion of office blocks on the other side of the East India Dock Road in the 1990s.

Leaside Regen­er­a­tion bought and renovated Bromley Hall in 2001 and its rooms were leased as offices, as part of Leaside business centre. The non-historic parts of the business centre are planned for rede­vel­op­ment by Poplar HARCA as housing. Assuming the plan proceeds, Bromley Hall and the grade II-listed Poplar Library (1904) will be linked by a new commer­cial building.

In 2007 Balfron Tower was entrusted to the care of Poplar HARCA, which after­wards ‘decanted’ (i.e. ejected) its tenants so that the flats could be refur­bished and sold privately.

Built south of Abbott Road in the 1960s, the Aberfeldy estate is in the process of being trans­formed into Aberfeldy Village, which is shown in the marketing image at the top of this article. Named after its primary thor­ough­fare (which in turn was named after a place in Scotland), Aberfeldy Village will ulti­mately consist of 1,174 new homes, together with an energy centre, retail, community and health amenities, and what the developer describes as “public spaces and green oases woven into the build fabric.” The £250 million project is expected to be completed c.2024.