A largely disused name for the area around Fulham Broadway, which is now the commercial heart of Fulham 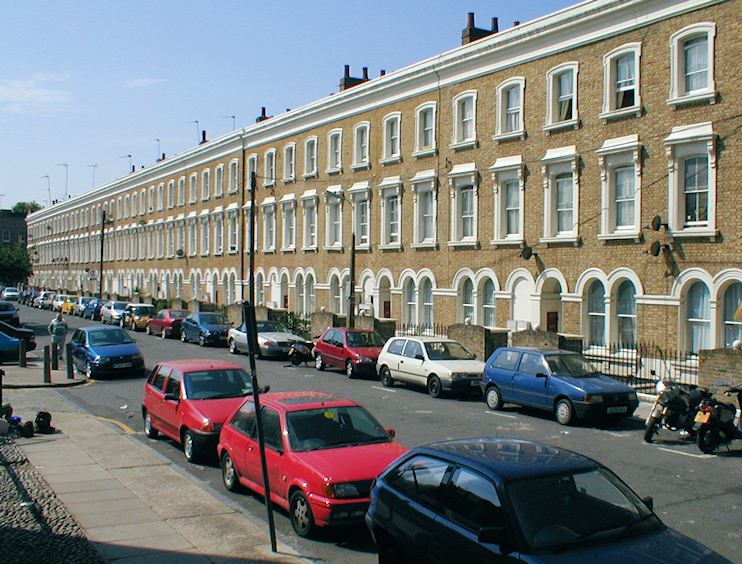 The village was first mentioned in 1383 as Wandon­grene, when Fulham itself was a hamlet beside the Thames. The trian­gular green was surrounded by elm trees and occupied the area now filled by Vanston Place and Jerdan Place (imme­di­ately north of the sharp northward bend in the Fulham Road). By the mid-17th century it possessed all the essen­tials of a tradi­tional English village green: a pond, stocks, a whipping post and a pub.

Meanwhile, the neigh­bouring estates were progres­sively divided and subdi­vided, creating a network of small­hold­ings for market gardeners, artisans and tradesmen. This form of devel­op­ment discour­aged the creation of extensive rural retreats and instead sowed the seeds of Walham Green’s evolution into the future commer­cial centre of Fulham.

During the 18th century, groups of cottages gave way to rows of houses, which were in turn replaced by terraced streets over the course of the 19th century.

Marked with a big pink pin on the map below, St John’s church was built on the site of the village pond in 1828.

Walham Green station opened in 1880 and shops and places of enter­tain­ment soon lined the Broadway. Fulham town hall was built in 1890, following the earlier grav­i­ta­tion here of petty sessions and manorial courts. By the end of the century the green had been erased and the whole neigh­bour­hood was densely built up with working class housing, of a respectable character at the centre but less so in the back­streets. Within a couple of decades much of the area had become very run-down and the council began a programme of slum clearance and rebuilding in the early 1930s.

The station was renamed Fulham Broadway in 1952 because none of the borough’s stations had hitherto mentioned Fulham by name and local traders thought the old identity sounded too rustic.