This page is under development. It should be finished in a few days’ … or weeks’ time.

Born c.1089, Richard de Lucy (or Luci) was a Norman nobleman who served as Henry II’s chief justiciar from 1154 until a few months before his death at the age of 90.

In 1178 de Lucy founded Westwood Abbey on the Thames marshes west of Erith. According to most sources, he died here in 1179 and was buried in the Chapter House.

The abbey was dedicated to St Mary and Thomas Becket, who had been canonised just five years earlier

Augus­tinian order, though the abbey’s design … more Cistercian
building work seems to have continued until the 14th century

Rosesia was the great grand­daughter of Sir Richard de Lici, and as a young girl she was raised at Lesnes Abbey and grew to love the place. She even­tu­ally married and moved away, becoming Roesia de Dover. However, when she died her heart was buried at Lesnes Abbey as a relic to be prayed for in order to speed the passage of her soul through purgatory.

with barns and fishponds

Edward I changed the name of the abbey’s from Westwood to Lesnes, a manorial name of unknown origin, though it may relate to an Old English word for ‘shelter’ or ‘refuge’.

This was never a wealthy insti­tu­tion, not least because it was encum­bered with the cost of frequently repairing flood damage when the Thames inundated the marshes.

The site was granted

The relics were said to have been rein­terred, and a bay tree was planted near the spot. However, later exca­va­tions found no trace of them.

Henry VIII granted the abbey and its

Nineteeth-century authors speak of ‘the Abbot’s thorn’, an ancient tree that still stood in the grounds and may have been grown from a cutting taken from the Holy Thorn of Glas­ton­bury.

Over the following centuries the abbey walls gradually disintegrated
Clapham 1909
but the remains were only laid bare in a second ‘campaign’ programme of exca­va­tion 1955–61?
footings
relics in the heritage musuem and the V&A

Lesnes Abbey Conser­va­tion Volun­teers help the council look after the woods through the delivery of practical nature conser­va­tion events, such as hedge laying, coppicing, heathland restora­tion and wildlife surveys.

With the assis­tance of lottery funding, Bexley council built a new community hub called Lesnes Lodge in 2014–16. Its land­scaped surround­ings include the pleasing Monk’s Garden. 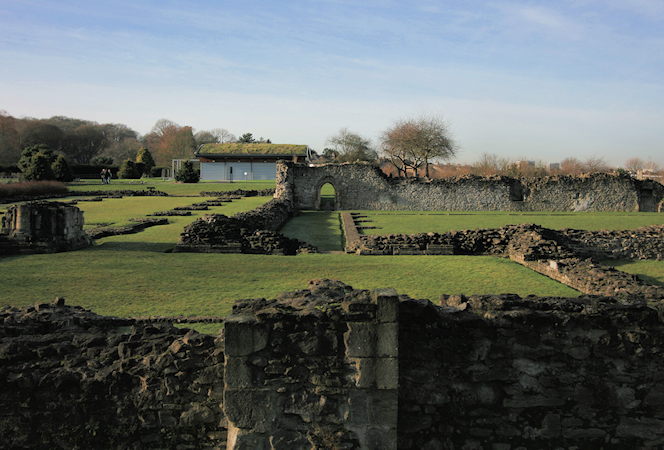