The former name for the canalside locality situated east of Camden Town, remembered now only in Agar Grove 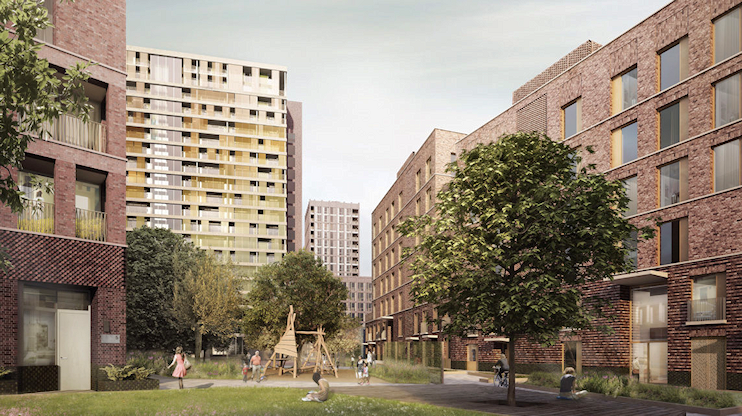 From 1789 this area was the private estate of William Agar of Elm Lodge. In the 1810s Agar fought a desperate battle to prevent the cutting of the Regent’s Canal through his property, although his under­lying motive may simply have been to maximize the compen­sa­tion he received.

William Agar died in 1838 and his widow soon began to grant building leases on part of the estate, while retaining Elm Lodge.

The jerry-built settle­ment that took root here was later described as a ‘suburban Connemara’ for its allegedly predom­i­nantly Irish popu­la­tion, and nicknamed ‘Ague Town’ for its poverty and ill health. Depic­tions of Agar Town as the worst kind of filthy slum may have been exag­ger­ated but the residents were unde­ni­ably poor and condi­tions were insalubrious.

The church of St Thomas, Agar Town, was built on Wrotham Road in 1864, at the very time that the old town was disap­pearing beneath the tracks and goods yards that accom­pa­nied the opening of the Midland Railway’s St Pancras station. The displaced inhab­i­tants mostly moved to neigh­bouring districts like Kentish Town.

St Thomas’s was damaged by wartime bombing and demol­ished in the early 1950s, when its parish was united with that of St Michael’s church, Camden Road.

The Agar Grove estate was built in the mid-1960s. It orig­i­nally consisted mostly of four storey blocks, plus the 19-storey Lulworth House.

After the goods yards became redundant, part of the site was opened as Camley Street natural park in 1984, while Fairview Estates developed Elm Village, an award-winning mix of social and private housing.

Much of the remainder of Agar Town was lost with the creation of the King’s Cross ‘railway lands’, which have in turn been erased by a massive rede­vel­op­ment programme, now in its latter stages. 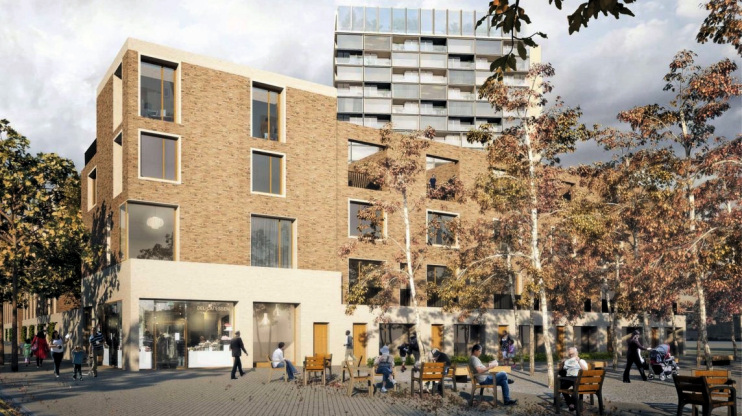 The Agar Grove estate was rede­vel­oped from 2014 onwards, with the construc­tion of 493 new homes for new and existing residents, including those in the inten­sively refur­bished Lulworth House. The £118m project includes a new garden square – Lulworth Gardens. The scheme is depicted in the archi­tects’ computer-generated visuals above.