A walk on the wild side of Camden

During the 1970s a disused coal yard north of St Pancras station evolved into a haven for wildlife – as well as favoured spot for fly tippers. This urban wilder­ness was scheduled to become a coach and lorry park until it was saved by the Greater London Council, following a campaign by local residents and the London Wildlife Trust. Aided by funding from several author­i­ties and agencies, the GLC bought the site in 1981 for £600,000, a rela­tively low price because in those days this was “the derelict back end of an area with a vicious reputation.”*

A further £120,000 was spent on clearance, ecolog­ical land­scaping and the construc­tion of a visitor centre. That work would have cost consid­er­ably more had it not been for the assis­tance of many volun­teers. Camley Street Natural Park opened in 1984. Two years later it became the first arti­fi­cially created park to gain statutory desig­na­tion as a local nature reserve, and soon after that survived the threat of redevelopment.

Squeezed between Camley Street and the Regent’s Canal, the park’s two elongated acres are a fraction of the size of the average London park, but there’s a lot going on in the under­growth and under the water. The central feature is a pond fed by the canal and surrounded by reedbeds and marshland. There’s a small wild­flower meadow and plenty of trees screening the park from the road, primarily birch and willow.

The park’s most visible inhab­i­tants are amphib­ians and aquatic birds like mallards and coots. You may also spot reed warblers, king­fishers and reed buntings. I saw a robin too. There’s a plethora of plant life, including meadow flowers and marshland herbs, and tubs of fruit trees because of the park’s partic­i­pa­tion in the Orchard Project.

Kids are encour­aged to do some pond-dipping, which means kneeling or lying down on a dedicated platform and using a tray or bowl to scoop up some water for close examination.

Right from the start there’s been an emphasis on education here, so there’s plenty of infor­ma­tive signage throughout the park.

“There is a delight in the wonder of children as a dragonfly alights on the leaf of a water plant or a tiny tadpole swims beneath the surface. The cry of a young Londoner as he peered into the water that ‘blimey, there’s something livin’ down there’ will always ring in my ears.”

Camley Street Natural Park was recently closed to the public for a couple of years, while a new visitor and learning centre was built with the help of a million pound grant from the Heritage Lottery Fund. During the construc­tion period the ponds were desilted, the wild­flower meadow and the wetland and reedbed areas were enhanced and access to the nature reserve was improved. The park reopened in October 2021 and you can visit it daily from 10am. 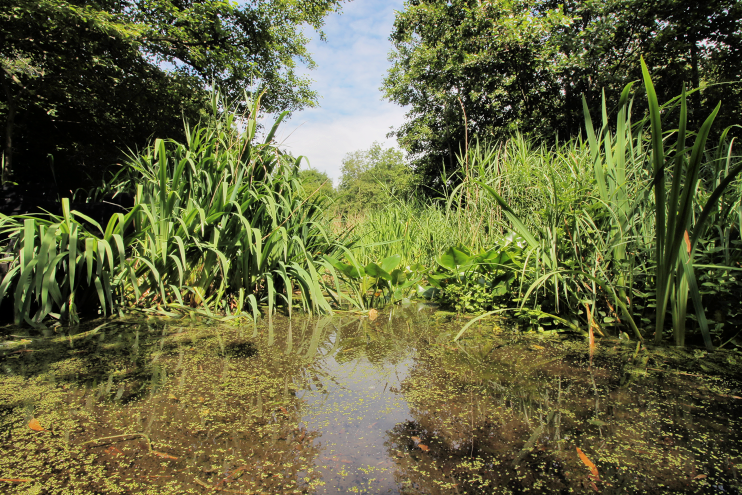 * Marek Kohn, Turned Out Nice: How the British Isles will Change as the World Heats Up, Faber & Faber, 2010