A revived riverside cultural destination, situated on the south side of the Thames between Blackfriars and Southwark Bridges 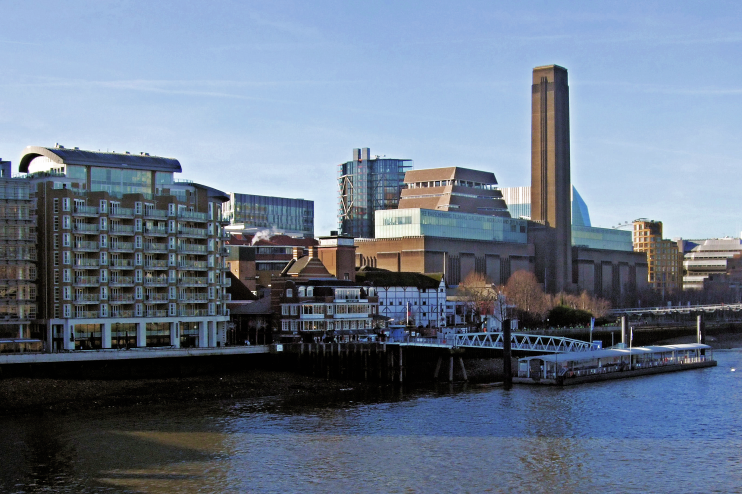 Bankside has had a remark­ably consis­tent history as a place of often bawdy enter­tain­ment. As it fell outside the City’s juris­dic­tion, it was free to allow practices outlawed elsewhere. The ladies who worked at Bankside’s houses of ill repute were known as ‘Winchester geese’ because of the tolerance extended by the bishops of Winchester, who owned the prop­er­ties and benefited from the tax revenues. Bankside’s oldest theatre was the Rose, built around 1587; it had disap­peared before the outbreak of the Civil War.

The Globe, where William Shake­speare was a share­holder and premiered many of his plays, was put up in 1599 and destroyed in a fire started by a cannon during a perfor­mance of Henry VIII in 1613. It was rebuilt but the new theatre also had a short life, making way for tenements in 1644 after being closed by the Puritan admin­is­tra­tion two years earlier. Later in the century Sir Christo­pher Wren is said to have watched the building of St Paul’s Cathedral from a house on Bankside’s water­front.

Beer was another of Bankside’s attrac­tions. The Anchor brewery on Park Street was founded in 1616 and by the mid-19th century was reputedly the largest in the world. Its owner, Barclay Perkins, merged with Courage, another Southwark brewer, in 1955. The Anchor closed in 1981 and the buildings were demol­ished. The brewery repre­sented part of the indus­tri­al­i­sa­tion of Bankside, creating a growing working-class popu­la­tion as Southwark expanded south­wards. Peabody Square off Black­friars Road was one of the biggest late-Victorian exper­i­ments in providing purpose-built model homes for the working poor.

Bankside suffered like other riverside areas from German bombing in the Second World War and from post-war indus­trial decline – but recent decades have seen an upturn in its fortunes, bringing it round full circle to its original role.

The remains of the Rose theatre were discov­ered in 1989, reviving public interest in the area’s dramatur­gical past, which was already being encour­aged by American actor-director Sam Wanamaker. His plans to rebuild the Globe took many years to bear fruit but in 1996 a recre­ation of the 17th-century theatre (based on scholarly guesswork) was opened on a site by the Thames not far from the original’s home.

As a tourist attrac­tion the Globe was topped by the conver­sion of Sir Giles Gilbert Scott’s Bankside power station into the Tate Modern art gallery by the Swiss archi­tects Herzog and De Meuron. So successful has Tate Modern been that the curators have been busy extending the gallery in every possible direction.

* The picture entitled Tate Modern By The Thames at the top of this page is adapted from an original photograph at Flickr, copyright Jim Linwood, made available under the Attribution 2.0 Generic licence. Any subsequent reuse is hereby freely permitted under the terms of that licence.