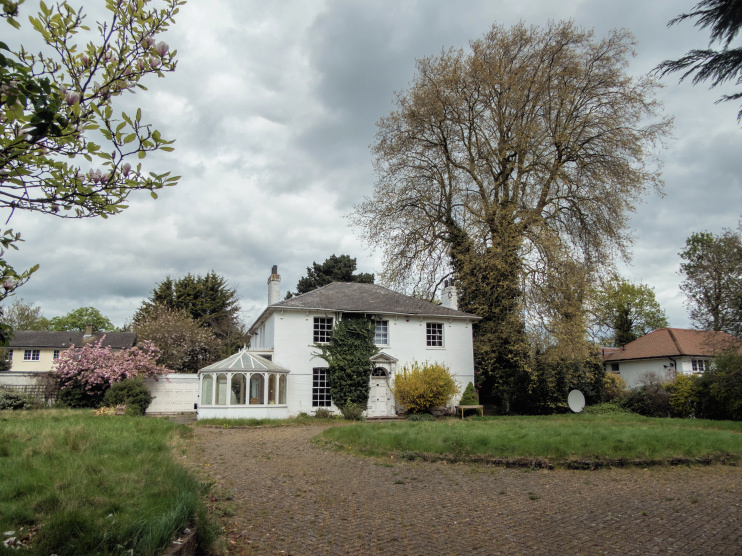 Few modern maps still make the distinc­tion between Bush Hill and Bush Hill Park although the two were separate estates for several centuries. The former was the older of the pair but the latter was the first to be sold for devel­op­ment and became the site of a station bearing its name. As a result, most residents now consider the whole area to be Bush Hill Park.

Sir Hugh Myddelton acquired the Bush Hill estate while he was over­seeing the creation of the New River and rebuilt Bush Hill House around 1609. His heirs seem to have sold the estate by 1650. By 1664 Bush Hill House was the largest residence in the parish, assessed for 31 hearths.

Just east of Bush Hill Road, a sluice house was built on a gantry strad­dling the New River in 1796. Sluice gates were operated from here to control the flow of water over the Bush Hill frame. Shown in the photo below, the Bush Hill Sluice is now grade II listed. 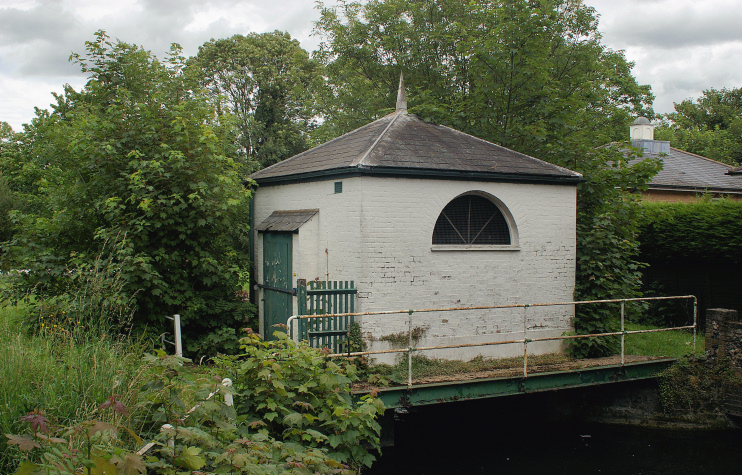 The Tower, on Quakers Walk, is also grade II listed. Though it looks like a cross between a medieval defensive structure and a water tower, it is in fact a 19th-century resi­den­tial folly and is listed for its curiosity value.

Bush Hill House was recased in brick in the 1850s and leased to the shipping magnate Samuel Cunard.

At the end of the century the southern part of the estate was sold for devel­op­ment, while the house (by then called Halliwick) and its grounds became a girls’ boarding school. From 1911 the school catered specif­i­cally for disabled girls.

House­building resumed in the Bush Hill area after the First World War with the laying out of the New River estate. The first houses in Sitting­bourne Avenue and Faversham Avenue were occupied by 1926 and the modern appear­ance of the locality was largely fixed by the mid-1930s.

The council put up some housing in Halliwick’s grounds in the 1960s and the charity I CAN took over the college in 1985 but closed it in 1993. By this time the house had been rebuilt to such an extent that almost nothing of the original mansion remained and it was demol­ished to make way for Laing Homes’ Cunard Crescent.

* The picture of Bush Hill Cottage at the top of this page is slightly modified from an original photograph, copyright Christine Matthews, and the picture of the late 18th century sluice, New River, Bush Hill, is modified from an original photograph, copyright Julian Osley, both at Geograph Britain and Ireland, made available under the Attribution-ShareAlike 2.0 Generic Licence. Any subsequent reuse is freely permitted under the terms of that licence.