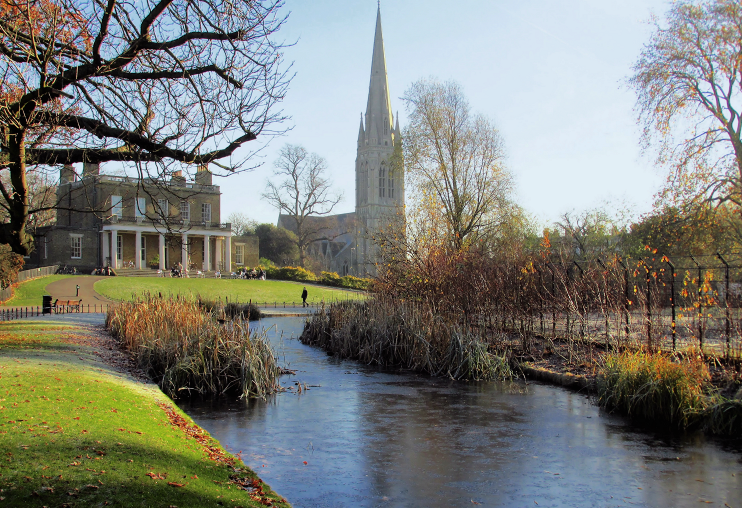 In 1790 the Quaker banker Jonathan Hoare commis­sioned his nephew Joseph Woods to build a mansion here, demol­ishing four houses on the north side of Church Street in the process. Brick earth was excavated in the grounds, leaving two depres­sions that were later made into orna­mental lakes. Hoare had previ­ously lived across the road on Paradise Row and called his new home the Paradise House. Within ten years financial diffi­cul­ties forced him to move out and in 1811 the estate was sold to the Crawshay iron-making family.

Eliza Crawshay inherited the property on her father’s death in 1835, when she married the Reverend Augustus Clissold. The couple had previ­ously been conducting a secret affair that had allegedly prompted Eliza’s father to build a high wall around the estate to keep out the lovelorn parson.

From the mid-19th century streets began to be laid out on former glebe land to the south. One of the first was Park Road, now Clissold Road.

After the death of Augustus Clissold in 1882 the Eccle­si­as­tical Commis­sioners bought the estate with the intention of profiting from a property devel­op­ment scheme. However, this was a time of popular and municipal zeal for public open spaces and the Metro­pol­itan Board of Works bought the house and grounds in 1887 for the creation of Clissold Park. Joseph Beck and John Runtz were leading propo­nents of the purchase and the twin lakes were named Beckmere and Runtzmere in their honour. 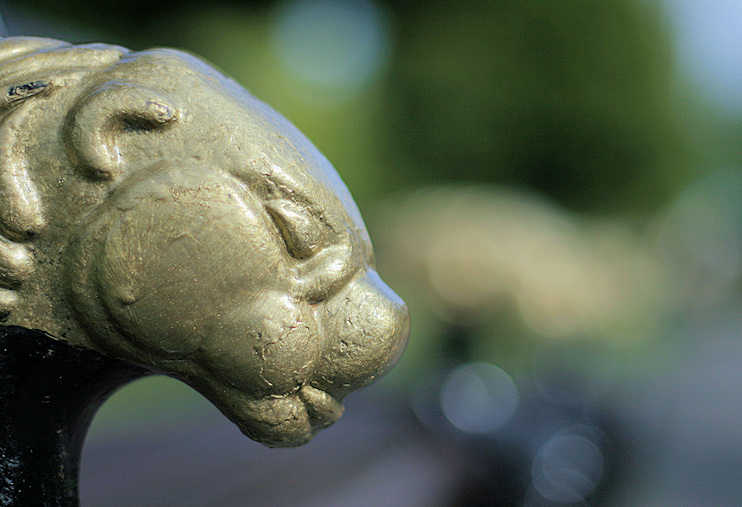 The park was endowed with a lodge soon after it opened but this was replaced in 1936 by the flats of Clissold Court.

2012 saw the comple­tion of a major restora­tion and devel­op­ment project that included the reno­va­tion of Clissold Mansion and the bowling pavilion, the rein­state­ment of a section of the New River and the restora­tion of lost paths and vistas.

At the north-west corner of the park a large section of Hackney’s Kings Crescent estate has recently undergone radical rede­vel­op­ment as the Clissold Quarter.

* The picture of Clissold Park at the top of this page is adapted from an original photograph previously posted at Flickr, copyright David Holt, made available under the Attribution 2.0 Generic licence. Any subsequent reuse is freely permitted under the terms of that licence.