A nonconformist community for centuries, situated north-west of Hackney 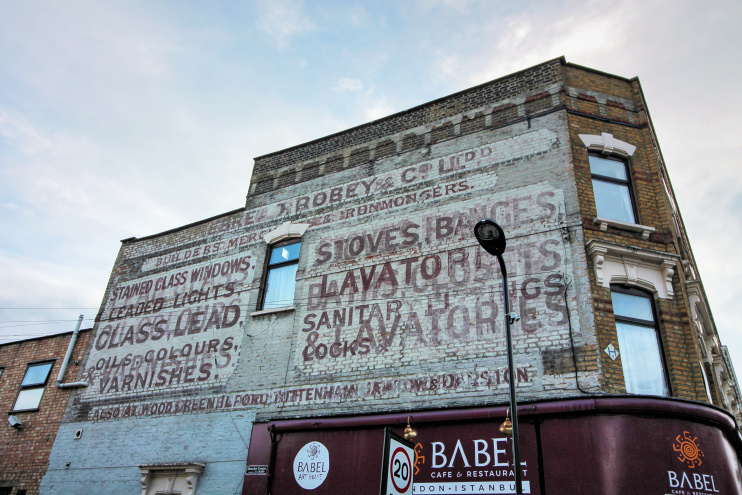 A medieval village grew up around the twin nuclei of Newington Green and the junction of Church Street with what is now Stoke Newington High Street.

Outsiders of all kinds were recorded here from the 15th century – for example: two Flanders men were residents in 1436, a clergyman was jailed for repeating gossip about the queen in 1562, and a shot was fired at the king from a Stoke Newington house in 1675. In 1709 the parish built four houses to accom­mo­date Protes­tant refugees from the Rhine Palatinate.

Among the wealthy Quakers living in the town houses on Church Street was John Wilmer, who in 1764 was buried in a vault in his garden with a bell attached to his wrist in case he was not dead.

From the 1820s devel­opers began to turn their attention to Stoke Newington. One of the most prolific builders was Thomas Widdows of Church Street, allegedly ‘a most lasciv­ious old fellow’, whose projects included the Manor Tavern at the far north-western corner of the parish.

The beautiful Abney Park Cemetery was laid out in 1840 on uncon­se­crated ground, which made it popular with Nonconformists.

Stoke Newington station opened in 1872, prompting a renewed flurry of devel­op­ment that included the rebuilding of many of the High Street’s busy commer­cial premises. Quaker resident Joseph Beck helped establish Clissold Park in 1889.

Terraced streets and some more classy avenues filled the rest of the district by the end of the 19th century, when poor Jewish immi­grants from Russia, Poland and Germany were arriving in the south of Stoke Newington. In the 1930s wealthier Jews came to the northern part of the borough and they were subse­quently supple­mented by Hasidic Jews from eastern Europe, espe­cially in the Stamford Hill area.

Before and, espe­cially, after the Second World War, council flats replaced rows of houses in the more over­crowded parts of the district and the massive Woodberry Down estate was built in the north-west. From the 1960s, West Indians, Greek Cypriots and Turks further enhanced the diversity of the community. 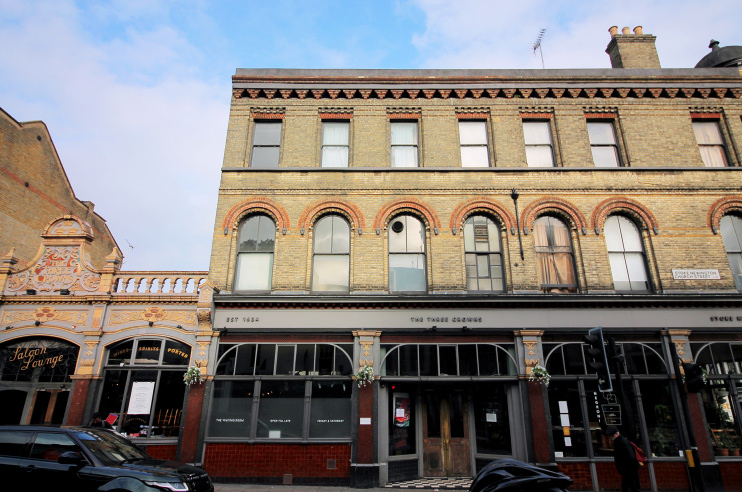 During the 1980s Stoke Newington became something of a ‘new Islington’, a working-class district increas­ingly colonised by the young middle classes, many of them polit­i­cally radical and working in arts-related profes­sions. A host of shops and wine bars sprang up to serve these ‘Stokeys’, whose lifestyle was satirised by comedians such as Alexei Sayle.

The area also became known for the free avail­ability of drugs and in 1994, after the biggest inquiry of its kind for 20 years, the Police Complaints Authority reported that this had been due partly to wide­spread corrup­tion among officers at Stoke Newington police station.

According to the 2011 census, the predom­i­nant religion in Stoke Newington is Chris­tianity, but its adherents are outnum­bered by those with no religious belief.

The writer and religious Nonconformist Daniel Defoe married a girl from Newington Green in 1684 and tried to raise civet cats here to make perfume.

John Wesley, the founder of Methodism, occasionally retreated to Stoke Newington in the early 1780s. The philosopher John Stuart Mill and the author (and Quaker) Anna Sewell lived here in the 1810s and 1820s respectively, when they were both young children.

Other residents have included the writers Joseph Conrad and Edgar Allen Poe and the glam rock star Marc Bolan, who spent his childhood at 25 Stoke Newington Common, before reluctantly moving to Summerstown.