A recently transformed residential locality situated on the south side of Friern Barnet, formerly famous for its enormous mental hospital 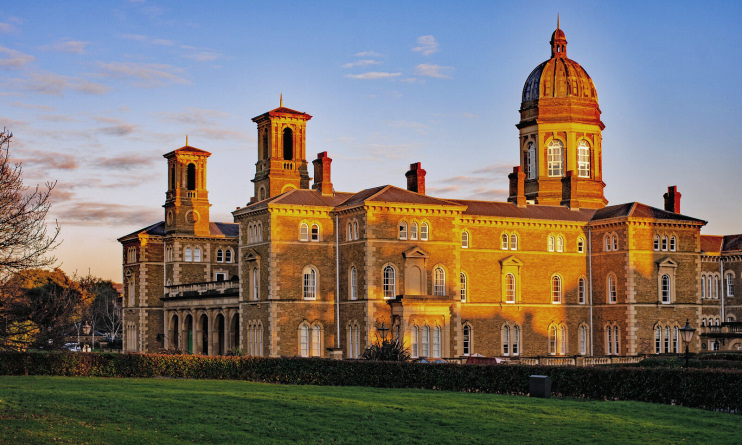 Colney (nowadays pronounced ‘coney’) Hatch was a hamlet in 1409 and the hatch may have been a gate providing access to Hollick Wood. The first part of the name is unex­plained but may be a family name from Colney in Hertfordshire.

The hamlet was focused on a cross­roads – at the exact spot where the name ‘Friern Barnet’ is written on the map below. (Friern Barnet, meanwhile, was for most of its existence a manor without a settle­ment to its name, other than the manor house and its outbuild­ings, which stood in what is now Friary Park – near the top left corner of the map.) Hidden London therefore disagrees with the posi­tioning of the ‘Colney Hatch’ name on the map, which is too far south, even acknowl­edging that settle­ment foci do often shift over time.

In 1831 Colney Hatch had 33 inhabited houses but the hamlet was soon to be over­whelmed when it was chosen as the site for the new Middlesex County lunatic asylum.

Built in 1851 in the style of an Italian monastery, Colney Hatch asylum had its own gasworks, shoe­makers, brewery, bakery and farm and became the best-known insti­tu­tion of its kind in the London area – so much so that throughout Middlesex and beyond its name became synony­mous with mental illness.† It was the largest mental hospital in Europe and at one time accom­mo­dated nearly 3,000 patients.

The planned construc­tion of the neigh­bouring Great Northern Railway line was one reason for the choice of the site and Colney Hatch station was opened specif­i­cally to serve the asylum.

The old village expanded as a provider of goods and services for the asylum’s staff but the larger settle­ment that grew up to the east was named New Southgate out of a desire to avoid the negative conno­ta­tions of Colney Hatch. The station’s name was later changed for the same reason and the asylum itself was renamed Friern mental hospital in 1937, and then simply Friern hospital in 1959. 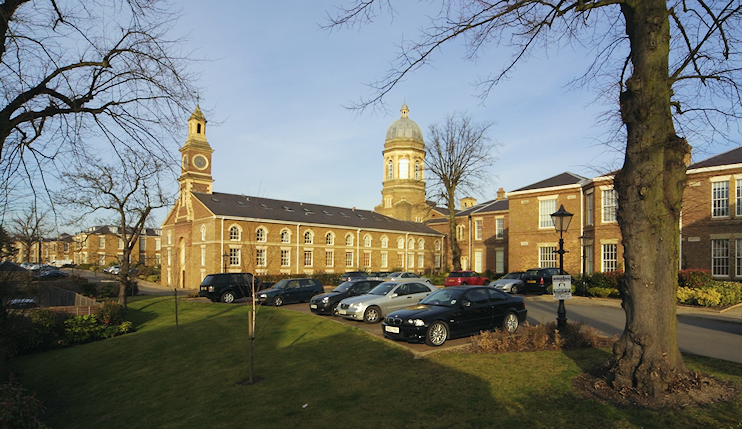 The hospital closed in 1993 and a flock of devel­opers descended on the site. Shown in the photographs above, the main building has been renamed Princess Park Manor and converted into 250 luxury apart­ments set in 30 acres of parkland. The hospi­tal’s farmland has been laid out as Friern Village, a devel­op­ment of over 700 ‘executive homes’ and townhouses.

‘Colney Hatch’ was cockney rhyming slang for a match.

The picture of Princess Park Manor at the top of this page is adapted from an original photograph, copyright Jim Osley, at Geograph Britain and Ireland, made available under the Attribution-ShareAlike 2.0 Generic Licence. Any subsequent reuse is hereby freely permitted under the terms of that licence.