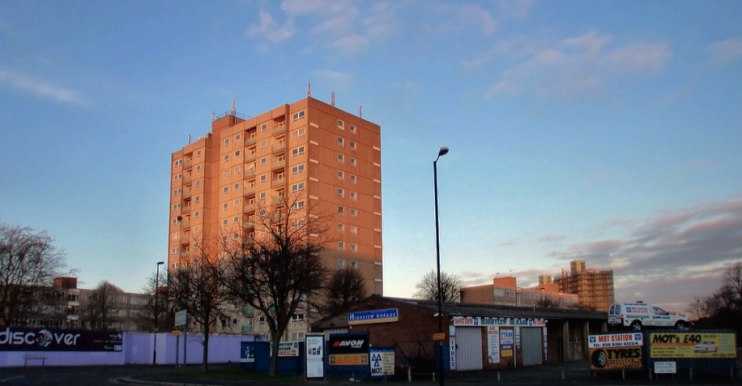 It’s not surprising that New Southgate should have had to borrow its name from its older neighbour because there was absolutely nothing here until the Great Northern Railway arrived, apart from two groups of farm buildings on Bowes Road. If this place was thought of at all, it was as an eastern extension of Colney Hatch – and this was the name orig­i­nally given to the station when it opened in 1850. Betstyle Lodge appeared around this time; the Railway Hotel opened on Friern Barnet Road in 1856 and a gasworks was built to the south of the station in 1858.

The wheel-shaped New Southgate Cemetery opened in 1861, orig­i­nally as the Great Northern Cemetery. It was set to become the site of the first crema­to­rium in Britain until the Bishop of Rochester inter­vened and overruled the plan.

The triangle bounded by High Road, Palmers Road and Bowes Road had filled with good quality housing by 1867, but went down­market because the middle classes could not be persuaded to live so near to the lunatic asylum at Colney Hatch. The invention of the ‘New Southgate’ name was primarily a device designed to disso­ciate the settle­ment from the madness of Colney Hatch.

The church of St Paul, New Southgate was conse­crated in 1873. Shown in the photo below, the Railway Hotel was adorned with a castle-like extension in 1887. Much later it was accord­ingly renamed The Turrets.

By 1897 New Southgate was fully built up and had become increas­ingly working class in character, but open country still separated it from Wood Green to the south-east. A Gothic red-brick Baptist chapel was built on Grove Road in 1901. It has since been converted to flats and renamed Old Church Court.

The North Circular Road was completed by 1929, bringing more house­building to its hinter­land. The area began to gain a Jewish popu­la­tion in the 1930s.

After the Second World War Southgate council looked at the bomb sites and the run-down housing, consulted with residents and in 1956 announced its intention to almost entirely rebuild New Southgate. The project began in 1959 with the erection of tower blocks in Highview Gardens. Enfield council took over the rede­vel­op­ment programme in 1965 and completed it in the mid-1970s.

The Turrets closed in 2003 and served for a while as a car wash and mini-cab office, while the fabric of the building was allowed to dete­ri­o­rate almost beyond repair before its demo­li­tion to make way for flats.

Begun in 2010, a regen­er­a­tion scheme called Shaping New Southgate has sought to make improve­ments to munic­i­pally built estates, shops, open spaces, community facil­i­ties, parking and transport. The most signif­i­cant single project is the rede­vel­op­ment of the Ladder­swood Way estate and the adjoining New Southgate indus­trial estate, which is due for comple­tion in 2017.

Jerome K Jerome, the prolific novelist, dramatist and essayist, now chiefly remembered as the author of Three Men in a Boat, lived for part of his childhood at Springfield Road. The site of the house is now occupied by Garfield primary school.

New Southgate Cemetery includes Caribbean, Greek Orthodox and Roman Catholic sections, and is the resting place of Shoghi Effendi, guardian of the Baha’i faith, who died while visiting London in 1957.

The picture entitled Tower Block, Station Road, London N11 at the top of this page is adapted from an original photograph, copyright Christine Matthews, at Geograph Britain and Ireland, made available under the Attribution-ShareAlike 2.0 Generic Licence. Any subsequent reuse is freely permitted under the terms of that licence.