A commuter village located south of Upminster, to which it is now connected by suburban development 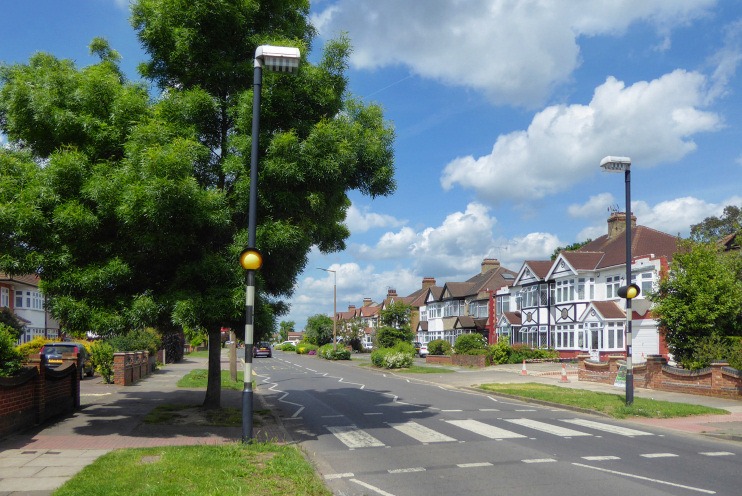 The settle­ment that is now Corbets Tey was first recorded in 1461 – when it was Corbin­stye – so there is certainly no truth in the story that Elizabeth I said to her servant, “Corbet, stay and ask the name of this place” – and when she was told that it had no name, decreed that it be called after her first words. Somewhat more likely is that Corbin was the landowner and Tey comes from the Old English ‘tye’ or enclosure.

The medieval manor of Gaynes occupied most of the southern Upminster area and some of its land has been under culti­va­tion for over 2,000 years. On Corbets Tey Road, the rubble-walled tower of Upmin­ster’s parish church of St Laurence dates from the early 13th century.

There was a tannery at Corbets Tey from 1573 to 1635 and gravel extrac­tion took place in the vicinity from the 18th century. The most notable survival at the centre of the old village is High House, a tall farmhouse built around 1700 and still possessing a virtually complete original interior.

During the 1770s Sir James Esdaile commis­sioned a very grand manor house at Gaynes, with a 100-acre park created from the surrounding farmland – but within about 50 years most of the mansion had to be demol­ished to make the property afford­able to a new buyer. Esdaile also built Harwood Hall in 1782, and its distinc­tive castel­la­tions were added a century later. It is now Oakfields Montes­sori school.

The surviving east wing of the manor house at Gaynes stood until 1929, when it was pulled down to make way for what the archi­tec­tural historian Nikolaus Pevsner called “singu­larly unex­citing straight streets of dull houses” – but a small part of the grounds was retained as parkland.

Corbets Tey has some early weath­er­boarded and half-timbered cottages – notably the lovely group on Harwood Hall Lane, shown here – but these have been over­whelmed by the more recent devel­op­ments that have surrounded them.

The Corbets Tey gravel formation is a sedimentary layer that may have represented the north bank of the lower Thames during an interglacial phase of the Pleistocene epoch.

* The picture of Corbets Tey Road at the top of this page is adapted from an original photograph, copyright Marathon, and the picture of Harwood Hall Lane is adapted from an original photograph, copyright Glyn Baker, both at Geograph Britain and Ireland, made available under the Attribution-ShareAlike 2.0 Generic Licence. Any subsequent reuse of the images is freely permitted under the terms of that licence.